Home › Blog › Beer › Give Thanks to Beer

Give Thanks to Beer

I hope everyone had a terrific Turkey Day and gave thanks for what they love most. Personally, I am extremely thankful for the wonderful city of Boulder, and all of the beer that comes along with it! But what is it that makes the beer in Boulder so delicious?

Well, Boulder is a booming mecca for the craft beer industry, and happens to be home of the highly regarded Brewer’s Association.

The Brewer’s Association is an organization that was implemented in order to protect independent brewers and their craft. In the name of protecting craft beers, the Brewer’s Association has launched their #TakeCraftBack campaign. This campaign strives to fight Big Beer, recognize craft beer, and ultimately buy Anheuser-Busch InBev. InBev is a sector of Anheuser-Busch that is targeting craft breweries, and buying them up by the dozens. In order to buy InBev, this crowd-funded campaign will need to raise $213,000,000,000. Yes, you heard that correctly – billion. So, how will they reach their goal? With the help of us, of course! The beer lovers of America must unite to #TakeCraftBack before it’s too late, and those unique flavors and innovative aromas are overshadowed by Big Beer.

Our local Avery Brewing Company, just up the road in Gunbarrel has several non-profit partners that they work with to improve our lives here in Boulder and around the globe. There is a full list of non-profit partners on their website, but some of their partners include, Colorado Haiti Project, Water For People, Boulder Valley Humane Society, and the Brewer’s Association, just to name a few.

Avery Brewing is also involved with the Tour De Bouldurango, along with Boulder Beer Co, Left Hand Brewing, and Ska Brewing. The Tour De Bouldurango is an annual bike ride from Boulder to Durango, which takes place over the course of six days. During these six days, there are six brewery stops where fundraisers take place at each. Quite the creative way to give back!

Both FATE Brewing Company and Boulder Beer Co., amongst many other local breweries, have a Donation Request form on their website for charities and non-profit organizations. If you take the time to look, many independently owned craft breweries have these donation requests, giving back to the community on a regular basis.

Giving back to the community and forming a sense of welcome are qualities that you just do not see in the Big Beer industry, and that is why we must save the craft breweries of America. I encourage all of you to come together and support our local breweries while giving back! You can pledge to make a donation on the #TakeCraftBack website. After all, Tis’ the season of giving! 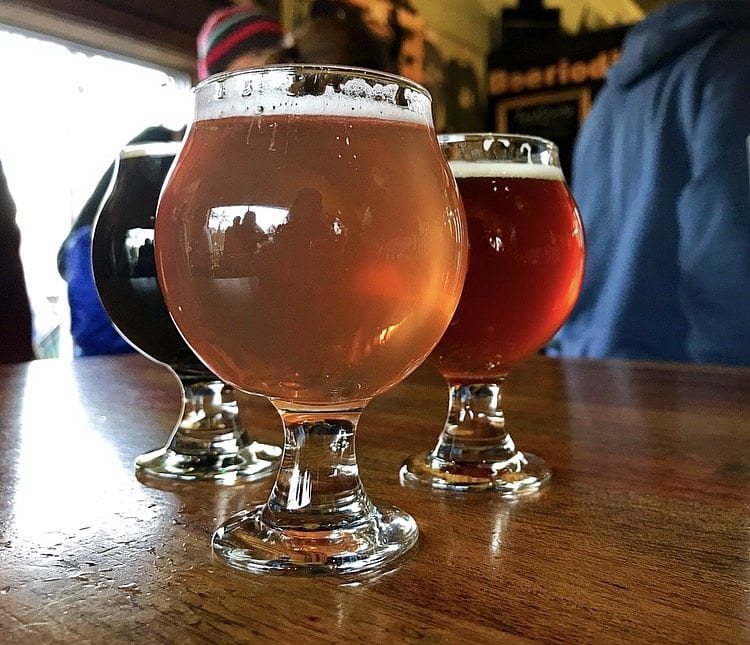 Bronwen Kalmes
Fresh to Boulder, Bronwen made the trek from the East Coast this past June. The decision to move westward came to her after exploring our magnificent country for two wonderful months on the road. Before moving to CO, Bronwen attended Roger Williams University, where she jumped at the chance to study abroad in Perugia, Italy for 4 months at the Umbra Institute. Her passion for the world didn’t begin there, but when she caught the travel bug on her first trip to Italy while attending Kent School. Now, she’s loving her new life in Boulder! Since the big move, she’s been taking advantage of every second of sunshine our beautiful city has to offer. Whether it’s pushing her limits on a hike or practicing yoga in her backyard, she thrives in the outdoors. Aside from traveling and enjoying nature, Bronwen is a huge movie buff, especially when it comes to LOTR and Batman. You can always find her photographing and writing about her adventures!
See More Articles From Bronwen Kalmes
Tagged: aboutboulderbeerboulderBoulder beerboulder coloradoBoulder County
Boulder Colorado Air Quality