Is Fishing a Sport? 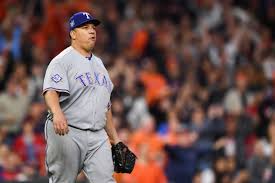 On my way to the gym last Saturday morning, I took the opportunity to listen to a little sports radio, hoping to find out the latest news on the Rockies, Broncos, or other local sports. Instead, the topic of conversation was about trout fishing. As I double-checked the station to confirm that I was listening to sports talk radio and not NPR, the host rambled on about fishing on the Roaring Fork River.

There are three questions that have baffled mankind since the existence of time. Is there life after death? What came first, the chicken or the egg? And is fishing really a sport?

Step one in my journey for answers was to look up the definition of sport. 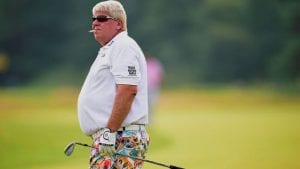 Dictionary.com described sport as the following.

The fact that fishing was in the definition itself was impressive, but that wasn’t enough. Monopoly takes skill and is of a competitive nature, as does beer chugging.

So, after much thought, I came up with the Rule of Five. Finally, the world has a methodology to answer what is sport and what is not.

RULE NUMBER ONE—There needs to be an opponent. Most sporting events cover this rule easily as teams compete, individuals race, and someone wins or loses. If you want to rationalize that two fishermen compete to catch the biggest fish or the most fish, I get it. But what if a single fisherman describes the opponent as the fish itself? Good rule, but we need more to clarify. 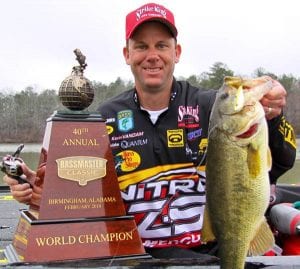 RULE NUMBER TWO—Along with rule number one, there needs to be a score, amount, or time in the event. Tennis has an opponent and a score, weightlifters try to lift a larger amount than others, marathon runners try to race the clock and the person next to them. By definition, this set of rules implies that Billy Bob, fishing in a canoe with a six-pack by himself, cannot be participating in a sport.  Even if the fish is defined as an opponent, there’s no score. However, this doesn’t answer fishing contests, where there are multiple opponents and fish are being weighed, and it still wouldn’t disqualify Monopoly or beer chugging.  So, we add another rule.

RULE NUMBER THREE—Along with rule one and two, there needs to be athletic physical movement.  Catching a ball, swinging a bat, throwing a javelin, stuff like that. This rule should help interpret that games like chess, poker, beer chugging, and fishing are activities, not sports. Wait. You really want to claim that the physical brain activity makes chess and poker a sport, and casting a fly is considered athletic enough? Fine. I’ll add another rule. 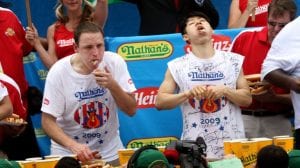 RULE NUMBER FOUR—Along with rules one, two, and three, you need to be in top physical condition to call it a sport. Just look at the Olympic track stars, the NBA and WNBA athletes, gymnasts, and soccer players. Athletes put countless hours of training into their bodies in order to compete in their sport at the highest level. Chess players don’t need to have six-pack abs, hot dog eating champions don’t need to work on their cardio, and fishermen don’t need recovery drinks. Sure, you’ve seen a few golfers with a beer-belly. Yes, an offensive lineman can play overweight. And I agree, there have been more than one successful MLB pitcher who has never heard of Jenny Craig. Okay. Fine. One last rule. 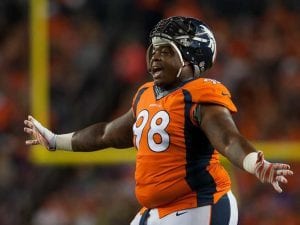 RULE NUMBER FIVE—Along with rule number one, two, three, and four, if taking steroids doesn’t make you better at the sport, it’s not a sport. In baseball, Barry Bonds, Sammy Sosa, Roger Clemens…the list goes on and on with players that have used steroids to be better at their sport. Lance Armstrong in cycling, Maria Sharapova in tennis, half the NFL, entire countries in the Olympics. It’s not right, but athletes take steroids in sports. Have you ever heard of a fisherman being banned for a year for testing positive? No. Because fishing is not a sport.

Alan Tapley
Alan Tapley is an educator, author, and blogger who has lived just outside of Boulder for the last twenty years.  His published work includes two novels, two children’s books, a series of cartoons in the Minneapolis Star-Tribune, and multiple sports related articles. His love for family and the state of Colorado is only matched by one thing, his passion for sports.  The first baseball game he ever attended was at Wrigley Field, before there were lights.  At the final Bronco game at the old Mile High, he allegedly cut out a piece of his seat in the South stands.  But regardless of being here for the Avalanche’s last Stanley Cup, the Rockies only World Series appearance, and all the Broncos’ Super Bowl Victories, his wife never fails to remind him that he wasn’t at the University of Colorado in 1990, like she was.  The year the Buffs football team won the National Championship
See More Articles From Alan Tapley
Tagged: Barry BondsFishermanfishingLance ArmstrongOlympicsRoger ClemensSammy Sosa
Boulder Colorado Air Quality