Home › Leaf of the Week › Cannabis Is Not Alcohol

Cannabis Is Not Alcohol

As the budtender, I get in a lot of conversations about why cannabis should be legal. One common argument made is that cannabis should be legal because alcohol is legal. To start with, marijuana should not be legal just because another thing is legal. Marijuana, oops I mean cannabis, should be legal because it is a benefit for humans. We all understand why this argument gets made though, alcohol and cannabis are both substances that get you a little impaired and can affect your judgment. In our society, they are two of our social norms for changing the mindset and relaxing, but they are very different from one another, and I find the comparison to alcohol to be a poor one.
Just in the mere creation of the two substances, there is a vast difference. Alcohol is a processed, man-made product that is the result of rotting and distillation whereas marijuana is an unprocessed plant that grows naturally out of the Earth. Unfortunately, though, cannabis and alcohol have both gone down a similar path in this country with regards to legalization so the comparison will be made, but the comparison is not an accurate one. They have faced a similar path because of early Twentieth Century lawmakers. Now for cannabis, we must fight the federal government to try to explain why a rule that should never have been put in place ought to be removed. We should be more concerned about the mental damage cell phone addiction will be doing to future generations. Or imagine the amount of depression people will feel after listening to years of sad love songs? However, I will not try and divert. Cannabis is not a public health crisis, so why is it still a Schedule 1 drug? The majority of people who use marijuana don’t go on to use harder drugs, according to the National Institute on Drug Abuse. Parents need to be responsible for their children, and education, as well as good parenting, will keep kids safe from all the horrors of the world, at least until they turn eighteen. Communities that have legalized cannabis even tend to show a much more health-conscious population, focusing on healthier foods and active lifestyles.
Alcohol has positive effects, it gets you drunk. For many of us, it is fun to cut loose with a few drinks sometimes. Everything else about alcohol kinda sucks though. Be honest with yourselves, there is not one single alcoholic beverage out there that actually tastes good and one of cannabis’ most lovely features is how it tastes. Alcohol can become extremely addictive whereas cannabis does not have those effects on the body. Alcohol can lead to depression as well as cancer and liver issues while cannabis could possibly be a cure for those effects. Cannabis should not be legal just because something else is legal, that is a poor argument. We should be asking why is it illegal to begin with and start judging cannabis on its own merits. 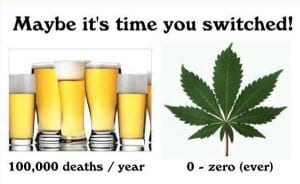 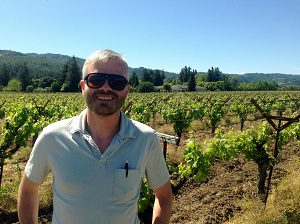 Chris Fisher
Chris grew up in Dover, Delaware with his sights set on the wild west. Inspired by 80’s and 90’s- era ski movies Chris found his way to Gunnison, Colorado in 1999 to attend Western State College, now Western State University, and to ski Crested Butte. In this little mountain town in the heart of the Sangre de Cristo mountains Chris also found a lovely little plant called cannabis. Chris still lives in Colorado, having moved to Fort Collins after graduating to follow his love of skiing, mountain biking, and all things outdoors. Currently working as a budtender with 7 years experience in the cannabis industry Chris has a passion for cannabis, a desire to write, and a love for Colorado.
See More Articles From Chris Fisher
Tagged: #Cannabis#cannabisblog#cannabisculture#CBD#confessionsofabudtender#LeafoftheWeek#saferthanalcohol#thecannabist#theweedblogalcoholbudtenderTHC
Boulder Colorado Air Quality