Anyone out there wondering what makes a nitro, a nitro? You are? Alright, well let me give you a little lesson with the help of the Left Hand Brewery.

It’s no secret that Left Hand Brewing Co. is Number 1 when it comes to nitros, so I made my way up to Longmont to learn from the best. They sure did teach me a thing or two about these bodacious beers, and of course I had to test a few to grasp the full experience.

After talking to a few employees, I came up with a quick guide to nitros:

Basically, a regular beer uses 100% carbon dioxide during the carbonation process, while nitros do not. Instead a nitro beer is generally carbonized with 70% nitrogen, and only 30% carbon dioxide. With this process, you get a nitrogenized beer with a different foam finish than your typical ale. This varying carbonation process results in smaller bubbles that give nitros that cloud-like head on a freshly poured pint.

It’s pretty easy to grasp once someone explains a nitro vs. a CO2 in layman’s terms. If you have yet to taste a nitro, then I strongly encourage you. Test the waters with a sample round, the Nitro Flight, featuring four of Left Hand’s nitros.

If you like creamier beers, rich in flavor, yet smooth on the tongue, then you will never want to put down a nitro. My personal favorite is the Milk Stout Nitro – it brings me back to downing Guinness in Ireland. Left Hand’s Milk Stout Nitro also happens to be one of the few beers I’m aware of to be sold beyond the tap, in bottles. Everyone needs to get up to Left Hand to taste the flavors on tap, but if you’re feeling lazy, simply head to Hazel’s and grab a 6-pack of nitros. 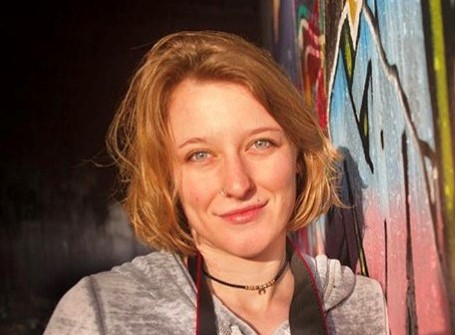 Bronwen Kalmes
Fresh to Boulder, Bronwen made the trek from the East Coast this past June. The decision to move westward came to her after exploring our magnificent country for two wonderful months on the road. Before moving to CO, Bronwen attended Roger Williams University, where she jumped at the chance to study abroad in Perugia, Italy for 4 months at the Umbra Institute. Her passion for the world didn’t begin there, but when she caught the travel bug on her first trip to Italy while attending Kent School. Now, she’s loving her new life in Boulder! Since the big move, she’s been taking advantage of every second of sunshine our beautiful city has to offer. Whether it’s pushing her limits on a hike or practicing yoga in her backyard, she thrives in the outdoors. Aside from traveling and enjoying nature, Bronwen is a huge movie buff, especially when it comes to LOTR and Batman. You can always find her photographing and writing about her adventures!
Tagged: alebeerboulderbraveheartbrewBreweryCO2ColoradoCream AleHazel's Beverage Worldhazelsleft handleft hand brewing co.left hand nitroLongmontmilk stoutnitronitrogensawtoothwake up dead