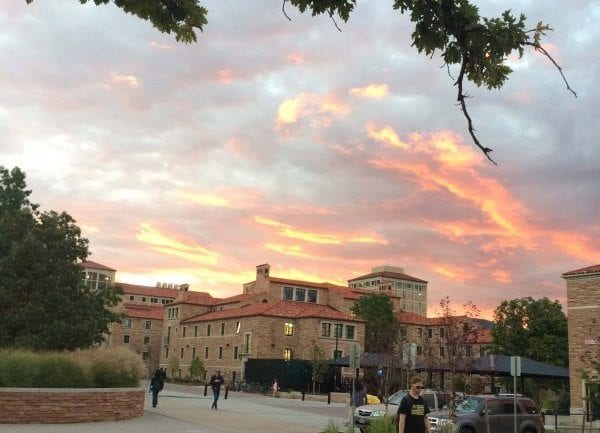 Perusing social media this weekend, I couldn’t help but notice an article among fellow University of Colorado students. University Primetime came out with its annual list of the nation’s top 100 party schools. CU Boulder made number 16. While university officials would be quick to point out that it’s quite a drop from its number one spot on Playboy’s 2011 list, the notoriety still stands. Thanks in part to the 420 rallies of yore, CU’s party school reputation is one that often far precedes it. Thinking back to the summer before my freshman year, I remember being vaguely terrified by the images of wild keggers and Cabo spring breaks that I saw portrayed through social media and every coming of age college movie ever. What myself and many other students have realized is that CU’s alcohol culture is so much more complex than that shown in any “I’m Shmacked” video. The well known maxim, “everyone’s doing it,” simply isn’t true.

In a 2008 study, the University of Colorado found that only a little over half of its students reported participating in the binge behaviors publicized as the college norm. That means that as a student, you are almost as likely to meet someone who would prefer a night in with Netflix, some study time, or even a late-night trip to the gym as you are to find someone who wants to go out for a wild night. There is no denying that the Hill is alive and well every Friday and Saturday (and occasionally Thursday) night or that game day tailgates can get a little wild. University students are vibrant, they are proud to be part of such an institution. They celebrate. This vitality and enthusiasm should not be confused for lack of drive or prestige. The University is so much more than a party school. It is a top source of published scholarly articles and studies. It is home to hundreds of student led clubs and organizations. Just this week, an asteroid was named after one of our very own professors. To be defined as the school that parties all the time is to ignore everything that makes the CU community so wonderful to begin with.

Pro-tip: If you are an incoming freshman (or a concerned parent), CU has great resources for beginning to understand the college party culture. Don’t be scared, just be smart.