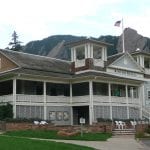 With the holidays over, we figured we should refresh our minds with something different today. Boulder has a very interesting architectural history, especially the university campus. We will touch on some defining Boulder architectural projects which you have probably seen around town. Next time you’re out and about, maybe you’ll encounter some of these oh-so-Boulder building projects. The University Campus Of course we cannot skim Boulder’s architectural past without bringing up the University of Colorado campus. It began with the all-brick Old Main and soon grew into several... Read More 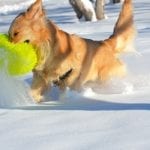 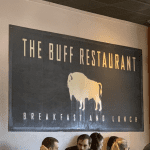 Boulder, Colorado is known for its vibrant food scene and focus on sustainable, locally-sourced cuisine. The city has earned recognition for its food culture, including being named one of the “Foodiest Small Towns in America” by Bon Appétit magazine. In addition, several individual restaurants in Boulder have received awards and accolades, including James Beard Award nominations for local chefs. Here are some of the popular brunch restaurants in Boulder, Colorado: The Kitchen – known for its farm-to-table cuisine Snooze an A.M. Eatery – a popular breakfast spot with a... Read More

The University of Colorado’s Early History 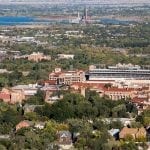 Before Thomas Jefferson signed the Louisiana Purchase in 1803, and before Colorado became a state in 1876, the area was settled by numerous Native American tribes, predominantly inhabited by the Arapaho. The Arapaho were successful nomadic hunters, expanding their presence through trade, warfare, and alliances with other tribes. They were closely allied with the Cheyenne, which allowed their hunting territory to expand greatly and made them a formidable force. Much of their culture revolved around the idea of a warrior, which included not only skills in combat, but also in keeping peace, and in... Read More 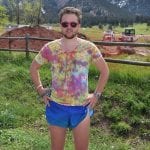 Jack moved to Boulder four years ago after growing up in Buffalo, New York, a much different atmosphere. “The people here are so active, and don’t look at you funny while running around in short shorts,” Jack comments on the people of Boulder. He was drawn to Colorado for the outdoors, and loves exploring new hiking trails and getting lost in the mountains. Along with the physical exercise, he enjoys tasting all the beers Colorado has to offer, although he can’t choose a favorite because he doesn’t want “any breweries to kick him out.” The laid back ambiance of Boulder helps him... Read More There have been many well-known and talented authors and writers from Colorado and Boulder, and the list is long and impressive. The following is a comprehensive list: https://en.wikipedia.org/wiki/Category:Writers_from_Colorado Jon Krakauer is a well-known author and writer who lives in Boulder, CO. Jon is an American writer and climber. He has written best-selling non-fiction books like “Into the Wild,” “Into Thin Air,” “Under the Banner of Heaven,” and “Where Men Win Glory: The Odyssey of Pat Tillman.” He has also written a lot of magazine articles... Read More

Boulder’s Dogs of the Day! 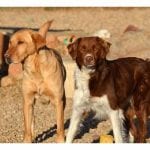 John, a legendary tuber from Boulder, Colorado, is taking on Boulder Creek at a very dangerous time.        Read More

Faces of Boulder ~ Pic of the Day

“I was unsure when people told me that I would like Boulder, but I’ve never been happier.” Originally from Boston, Grace is here at CU Boulder studying Evolutionary Biology and Pre-Vet. She originally wanted to be a surgeon for humans, but after shadowing various surgeries at a vet clinic she decided she wanted to be a veterinarian. “I just like animals more than I like people.”  Read More 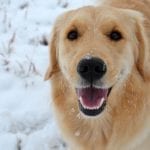 Most of the West was divided up into straight-edged, boxy regions and subdivisions (take a look at poor Yuma County). Boulder County escapes the purely rectangular form of other counties in Colorado, and today we will tell you why. Plus, we will tell you why it’s named Boulder (but we bet you can guess). The need for Colorado to become a territory coincided with the secession of several southern states from the Union in 1861. Colorado applied for statehood that year, and offered the Union secure access to precious mineral deposits. Boulder County was one of the original 17 counties of... Read More 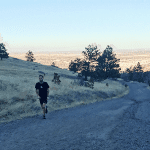 “Running clears my head and is a great way for me to relieve stress. I try to get out every day for either physical or mental reasons. I love it because it gives me a freedom unlike anything else. I can zone out completely or focus on certain issues and work it out in my head. Most importantly, beer tastes that much better after a solid run.” Thanks for the insight Josh!  Read More 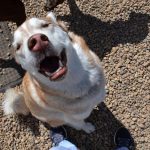 5 Boulder Musicians You Should Know Josephine Antoine This fair Boulderite was beloved for her incredible rise to fame as a Metropolitan Opera star. After completing her education in Boulder, Antoine went on to earn a Master’s at the Julliard School of Music in NYC. Before her first national appearance, she received a telegram from the mayor of Boulder reading: “Every citizen sends you love and good wishes for your performance tomorrow.” She was a success, and sang the lead in 14 Metropolitan Opera productions. Her singing was featured on national radio stations, and she returned to Boulder to perform at the Colorado... Read More

Boulder’s Dogs of the Day! 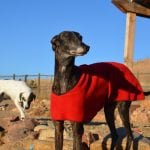 What About Your Diet? 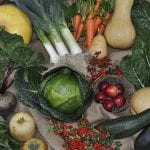 There is no perfect diet for everyone, in spite of what you might have heard.  It seems the human body can adapt to almost any diet and survive, even thrive!  Consider the diet of the Inuit, the people indigenous to polar locations such as Siberia, Alaska, Canada, and Greenland. Theirs is a mostly meat diet, and yet they are a hardy population who consume few to no vegetables in their diet. In the US, experts recommend a diet largely focused on healthy grains, fruits and vegetables.  Most Americans don’t get the recommended 5 servings per day, and even fewer eat the 5-9 servings that is considered... Read More Where was Boulder’s Dushanbe Teahouse Made? 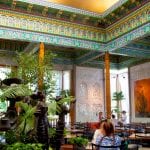 One of the most common pieces of advice a Boulderite will give to a new resident is “Go check out the Dushanbe Teahouse,” but what’s so special about a teahouse? Well, ours was handcrafted in Tajikistan during the Cold War, and kindly shipped by our sister city of Dushanbe. The rebuilding of the teahouse in Boulder was an awesome accomplishment which nearly did not happen. The idea of a sister city or twin town developed from the Cold War following WWII. The point was to form legal and social bonds between disparate cultures, and even promote relationships between former enemies.... Read More