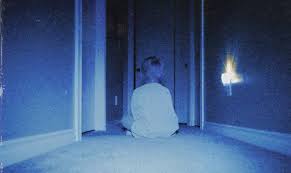 There’s a vivid memory from childhood I have, and I’ve never been able to shake it. We lived in a house in Maryland. For the most part, it was comfortable and felt safe. My mother spent the majority of her life as an enthusiastic evangelical Christian. My father was a softly lapsed Catholic, and while he was less than thrilled by the idea of religious iconography displayed around the house, he loved my mother.

That’s why the portrait went up. It was a large oil painting of Jesus, placed on the wall at the top of the stairs. You couldn’t miss it, no matter how hard you tried. I certainly tried to miss it, and I remember as a small boy walking up the steps, trying with all my might not to look at the painting and definitely not make eye contact.

Perhaps worst of all was when the sun set. Lengthening shadow would stretch across the painting, causing the image to recede. Everything but the eyes, that is. Even when it was full dark, I could still see those piercing eyes. I still remember waking up in the middle of the night, hearing the occasional snore from my father in the next room, hearing what could have been a creak from somewhere in the house and having a certainty that the man from the painting was climbing out and coming for me. 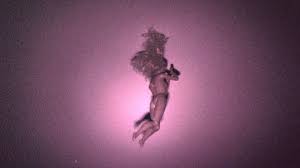 Fear is irrational. It’s bad enough to be afraid as an adult, but at least you have years of life experience and self-control to help manage the moments. The fear that strikes a young child is a stronger and purer vintage. Kyle Edward Ball taps into that with skin-crawling effectiveness in his experimental horror film Skinimarink.

I can’t say where the house is, or even much about its characteristics. We know it’s on the older side, built for a middle-class family, and large enough to give everyone a bit of space. We also know that four-year-old Kevin (Lucas Paul) has a habit of sleepwalking. Somehow, during a midnight sojourn, he injures himself.

Later, since time passes strangely here, Kevin and his six-year-old sister Kaylee (Dali Rose Tetreault) awaken. Things have changed. The windows are gone. A toilet has disappeared. Certain doors have vanished. So has their father (Ross Paul). The children decide that it would be safer to sleep downstairs, kept company by the cathode ray glow of the television.

They watch old Max Fleischer cartoons, the ones featuring relentless dream logic. They hear noises, thumps, sighs, whispers. They find a chair sitting upside-down on the ceiling. Their mother (Jaime Hill) remains upstairs. She tells the children she loves them. Their father may or may not be under the bed. A voice suggests to Kevin that he put a knife in his eye. 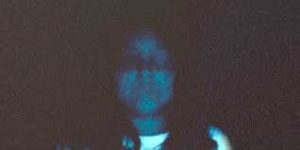 The thing about Skinimarink is that it’s less a narrative and more a mood piece. It’s the debut feature of Kyle Edward Ball, and he’s made a film that’s challenging, disturbing, and kind of boring. Ball worked with a miniscule $15,000 budget, and his outstanding sound editing does most of the heavy lifting in setting up tension. The vast majority of his shots are static, placed at low angles to suggest the perspective of small children. Most of those shots are cloaked in gloom, and as we watch a motionless image, it becomes about what we’re not seeing and what’s just outside the frame. A certain kind of viewer with the patience to tough it out will be rewarded with a unique experience.

That kind of viewer will also likely realize the script is far and away not your typical horror fare. In fact, while Skinimarink is wildly disturbing,* it’s not what I would call a “horror movie.” To explain, there are no scenes of a knife-wielding fiend menacing the children or of any kind of explanation as to why these events are happening and what needs to be done to stop them. Harm does come to these kids, but I can’t say what kind of harm. The events are fundamentally irrational, though if you pay attention, you’ll feel that irrationality is thoughtful and deliberate.

As the screenwriter, Ball goes out of his way not to give us answers regarding what the hell is happening. He teases out threads of information, and as important as they are, they never weave together to provide an explanation. That’s the point, and I think part of what Ball is doing is taking us back to childhood. All we know is something awful is happening, but there are no reassuring authority figures to protect us or explain the situation.

Two kinds of people are going to see Skinimarink. The first will be some degree of enraged by the movie, with its disinterest in a coherent story or explanation of its mythos. To those people I say, “You were warned.” I get it, since it’s one of the more challenging films I’ve seen in recent memory. That nigh-impenetrability will be like catnip for the second group, those on the lookout for a new cinematic experience, one that’s irrational and absorbing. They’ll have it, but to those people, I also say, “You were warned.”

*If you’re a parent, odds are this film will be a very tough watch for you. All I’ll say is, don’t expect a scene at the end where EMTs comfort the kids.

Tim Brennan
Tim has been alarmingly enthusiastic about movies ever since childhood. He grew up in Boulder and, foolishly, left Colorado to study Communications in Washington State. Making matters worse, he moved to Connecticut after meeting his too-good-for-him wife. Drawn by the Rockies and a mild climate, he triumphantly returned and settled down back in Boulder County. He's written numerous screenplays, loves hiking, and embarrassed himself in front of Samuel L. Jackson. True story.
See More Articles From Tim Brennan
Tagged: dali rose tetreaultjaime hillkyle edward balllucas paulross paulSkinamarink
Boulder Colorado Air Quality