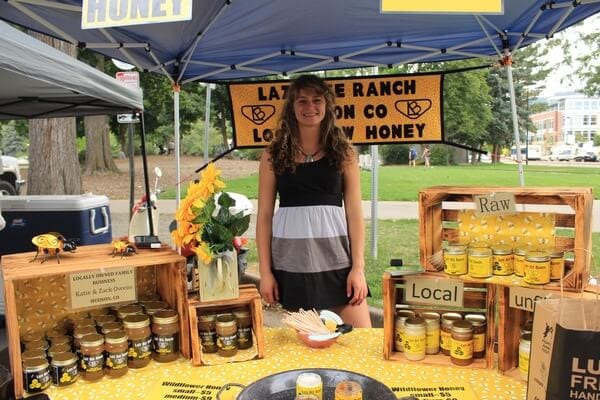 Emily is working for her sister’s local honey business called “Lazy Bee Ranch.”  This honey company prides itself on using raw and natural flavors to create their delicious honeys!  Based out of Hudson, CO; Emily estimates that they own about 400 colonies of bees in not only Hudson but also in Lafayette and near Fort Collins.  Emily’s sister Katie is the beekeeper as well as the owner, while Emily takes part in making the “whipped” honey. Emily was out at the Boulder Farmer’s Market today selling three of their flavors including: Wildflower honey, Whipped honey, and Cinnamon honey.  All of which were delicious! 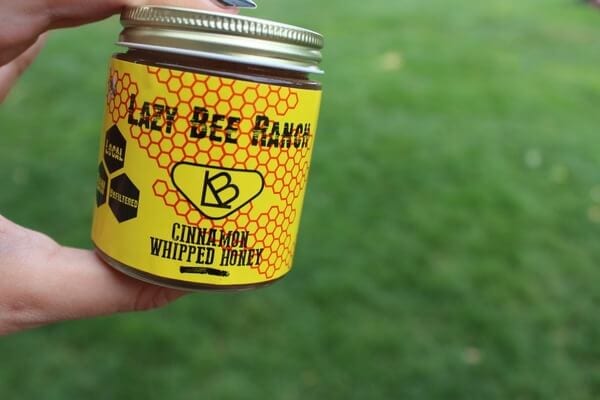