Home › Blog › Boulder People and Events › From Australia to America and Back: Dempsey Does Boulder Right

From Australia to America and Back: Dempsey Does Boulder Right 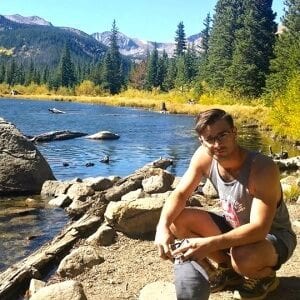 There is no better way to understand the meaning of Boulder, than to have observed through friendship, the year-long process of foreign exchange student, Matt Dempsey. Dempsey quickly transitioned from “outsider” to “insider,” making his stay here seem short, and his move back home, to Australia, difficult for all the lives he touched in his time here. Having participated in his “Bye Bye Boulder Bash” last week, Dempsey’s imprints on this town remain among us, as well as the impact Boulder has made on him. In the attempt to uncover the heart and core of Boulder, Dempsey’s voice is more than significant for Boulder residents, having the opportunity to learn what travelers, visitors, tourists, and temporary folk see from the outside. As someone who began framing Boulder as a temporary home and leaving it as a permanent one, Dempsey gained some insight we could all learn from.

As a junior exchange student at CU Boulder in the engineering program, Dempsey expresses his influences choosing Boulder as one of “great proximity to some of the USA’s best ski terrain,” the educational structure, the mountains’ unwavering beauty, and the belief that America is cheaper than Australia (which proved debatable by the conclusion of Dempsey’s stay). Overall, Dempsey expresses that “Boulder locals were another breed altogether; rustic, passionate and environmentally aware” (Dempsey). Having met people from California, Texas, Ohio, and New England, Boulder proved to be a little melting pot of its own for Dempsey. Of course, as with anywhere, Dempsey emphasizes that the people are who define the place. He describes Boulder as having two faces: “If you were on campus or by the Hill, it’s a typical college scene, like something you’d see on Animal House. On the flip side, the town was a utopia of farmer’s markets, chic spiritual stores and fun-loving people all with a great love of the outdoors” (Dempsey).

Dempsey claims Boulder to be non-comparable to any other place he’s been. He claims that “there’s something about its slight lack of commercialism (inside a heavily commercialized country) that puts it in a league of its own.” Upon his emotional departure from the states, having a well-rounded experience in regards to adventure, spontaneity, acclimation, adjustment and life-defining experiences, Dempsey leaves with much reflection and accuracy…followed is a list of Dempsey’s most prominent lessons learned: 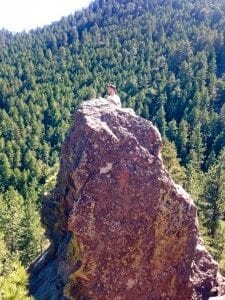 Life in Boulder, as told by Matt Dempsey, is perhaps the truest reflection of what this place has to offer. Perhaps it is only when we leave an area that we can understand how wonderful it is. Dempsey’s departure has left us all to reflect on the daily specialities we have access to here. How lucky we are to have hosted and learned from such an enjoyable soul for over a year, to have exchanged lessons from America to Australia, and back again. How lucky we are to have the Boulder legacy live on far beyond the American borders, and how lucky Australia is to re-gain Matt Dempsey, who will have many stories to share. Home extends from here to there, from heart to heart, from memories re-lived and relished…the impact of a place, of a person are incredulous. The way we cross paths and why is unknown, but important, nonetheless. Boulder misses you, Matt Dempsey; your residency here has been a gift to all of us. The mountains say hello to you over there, in the land down under, extending open arms to you at any time, awaiting your return, waiting to re-welcome you home.