Home › Blog › Movies › Inside The Kabubble 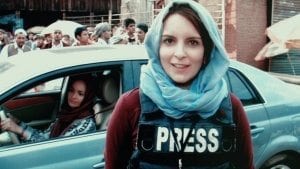 Movies get made for two reasons, to make money and as a passion project. But here’s the thing, a movie made to turn a profit can be made with wit, intelligence and pride. Just look at Captain America: The Winter Soldier, Casino Royale, or The Lego Movie. On the flip side of that coin, films like The Passion of the Christ, JFK, or Do The Right Thing were all made by filmmakers burning to tell a story, and they were all financially successful.

But certain topics seem to be audience resistant these days. War movies might do okay, providing they’re set during World War II. However, films about or set during the conflicts in Iraq or Afghanistan usually don’t do so well. The Hurt Locker is an expertly crafted study of the addiction to conflict. It won 6 Oscars, including Best Director and Best Picture.  Worldwide, it made around $49 million dollars, meaning that most Americans didn’t see it. Many people told me that they avoided it because it looked depressing.*

Hardly anyone saw Restrepo. Hardly anyone saw Green Zone. Hardly anyone saw The Messenger. Sadly, most of the people living in my beloved country seem to only come out for a war movie if it’s stupid, obvious, and contains no moral complexity whatsoever, like…oh….American Sniper.** Whiskey Tango Foxtrot is a film of quality, and I worry it will slip through the cracks.

We meet Kim Baker (Tina Fey), a copyeditor for an unnamed cable news station. Her days are spent in a bland cubicle typing news copy, riding a stationary bike, and tending to plants and a listless relationship with her boyfriend Chris (Josh Charles). Kim needs change, and when her producer asks the “unmarried, childless personnel” to become war correspondents in Afghanistan, she jumps at the chance.

Kim arrives in Kabul, and her learning curve is steep. She learns that Afghans are people while Afghanis are the national currency. She learns that a bright orange rucksack is not ideal in a combat zone. While moments like these are played as comedy, Kim is no fool. She discovers that war reporting might even be her true calling when combat breaks out during a routine patrol. She’s embedded with Marines and, when shooting starts, she’s ordered to stay in the Humvee. Perhaps to her surprise, she grabs her camera and runs right for the shooting. It turns out Kim has a knack for this stuff, and her kind Afghan fixer Fahim Ahmadzai (Christopher Abbott) must work twice as hard to keep her from plowing headlong into disaster.

There is conflict, destruction, and the horrors of war. Kim and her fellow journalists deal with it through sex, drugs, and absolutely heroic amounts of drinking. She’s living in the “Kabubble” now, establishing her new normal. Within it, she meets Tanya Vanderpoel (Margot Robbie), an accomplished journalist who uses her fearlessness and beauty as formidable weapons. There’s also Scottish photographer Iain MacKelpie (Martin Freeman), an amusingly profane scoundrel with whom Kim embarks on a whirlwind romance. Hard-assed Marine General Hollanek is overseeing Kim’s embedding, and while he initially warns Kim not to embed any of his men, the two form a friendship.

Kim starts making a name for herself within a culture that considers women to be second-class citizens, and Ali Massoud Sadiq (Alfred Molina) embodies this mindset. He’s the Afghan Attorney General, a well-connected guy who nurses a ridiculous crush on Kim. He alternates between old-fashioned wooing and throwing out idiotic pick-up lines.*** Kim isn’t impressed, and her responses are always marvelous.

The film is based on Chicago Tribune journalist Kim Barker’s memoir The Taliban Shuffle: Strange Days in Afghanistan and Pakistan. As it turns out, the book came to Fey’s attention after a New York Times review mentioned that Barker seemed to portray herself “as a sort of Tina Fey character.” Does this mean that Fey is basically playing Liz Lemon in body armor? Not quite. Both characters share Fey’s sharp wit and sharper intelligence. But her Kim Baker starts to lean towards the abyss of risk addiction, and more importantly, she finds herself doing good through her reporting. While Fey doesn’t completely let us into her character, she’s moving in the direction of becoming an accomplished actor. There’s no question that comedy is harder than drama, and Fey will master both disciplines soon enough.

Her supporting cast is filled with dependable actors doing good work. She and Martin Freeman have excellent chemistry together, but considering that they’re both smart performers, how could they not? Here’s where it gets a little troubling. On the one hand, Christopher Abbott’s portrayal of the sweet Fahim is excellent, and as Ali, Alfred Molina does typically excellent work. But Abbott is an American while Molina is English with Italian and Spanish roots. Are you seriously telling me that two Afghan actors couldn’t have been cast in these roles for greater authenticity? Really?

Screenwriter Robert Carlock has worked with Fey before on 30 Rock and The Unbreakable Kimmy Schmidt. His script plays to her strengths but also feels grounded in reality with its perceptive details. Directors Glenn Ficarra and John Requa do good, but not great work. As the co-writers of the scabrous comedy Bad Santa, they have a talent for juggling tone, and they’re able to shift between raunchy comedy and earnest drama fairly smoothly. The film does feel a little too light and a little too removed occasionally. A rescue mission scored to Harry Nilsson’s Without You feels arch and ironic when it should feel tense.

Whiskey Tango Foxtrot is a film that’s good, but not great, and it’s a film that’s worth seeing. But doubts linger that a woman can successfully carry a film. Making matters worse, good leading roles for women in their 40’s are hard to come by, and Kim Baker is a good role. Tina Fey is a hugely talented writer and performer that refuses to be pigeonholed by Hollywood. If this film fails at the box office, as surely as night follows day, some idiotic studio executive will draw the wrong conclusion. They’ll conclude that audiences don’t want a woman headlining a movie that’s not a dopey rom-com.  Go see this film. Don’t let that happen.

**Sorry, let me correct myself. Sometimes I really hate people.

Tim Brennan
Tim has been alarmingly enthusiastic about movies ever since childhood. He grew up in Boulder and, foolishly, left Colorado to study Communications in Washington State. Making matters worse, he moved to Connecticut after meeting his too-good-for-him wife. Drawn by the Rockies and a mild climate, he triumphantly returned and settled down back in Boulder County. He's written numerous screenplays, loves hiking, and embarrassed himself in front of Samuel L. Jackson. True story.
Tagged: alfred molinabilly bob thorntonchristopher abbottglenn ficarrajohn requakim barkermargot robbiemartin freemanrobert carlocktina fey