A Journalist of Some Repute 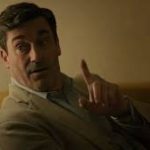 I’m fond, perhaps too much, of saying that two things can be true at the same time. The first thing is that attempting to reboot a long-dormant franchise is foolish. Nobody is clamoring for a revival of Francis the Talking Mule. Millions of people online aren’t pestering studio bigwigs for an updated Ma and Pa Kettle. Some things, once cinematically dead, should stay dead. So it was for the Fletch franchise. At least, I thought so. Long, long ago, Chevy Chase was one of the world’s biggest stars. 1987’s Fletch was a solid hit for him, and understandably so. It’s Chase’s favorite film... Read More

Two Peas In a Pod 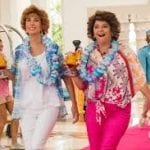 Bard and Star Go To Vista Del Mar is streaming on Prime “It’s such a fine line between stupid and clever.” You know that line, even if you’ve never seen the classic comedy This is Spinal Tap. There’s real truth in that line, particularly considering the dire state of American comedy movies.  A few decades back, comedy was king at the box office. It felt for a while there that the purpose of Saturday Night Live was to groom cast members for future careers as massive movie stars. You had folks like Bill Murray, Eddie Murphy, Dan Aykroyd, Tina Fey, and Will Ferrell appearing in movies that... Read More