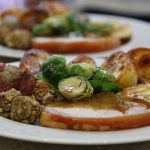 The midwinter feast of our ancient ancestors is thought to be the ancestor of the Christmas dinner we enjoy today. Archaeological excavations have uncovered that pork and beef were the most commonly served meats at pagan midwinter solstice feasts. Boulder has a number of excellent restaurants where you can spend Christmas Eve. Based on the most recent Yelp reviews, here are the top 7 Rated Restaurants in Boulder, Colorado for Christmas Eve dinner: 1 – Steakhouse No. 316 2 – Chautauqua Dining Hall 3 –  Brasserie Ten Ten 4 –  Flagstaff House Restaurant 5 – 1914 House... Read More 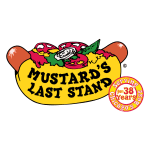 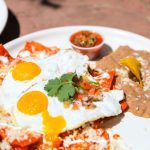 Given that Boulder is a college town and the current state of the economy, the majority of people who dine out are looking for a good deal. Based on the most recent TripAdvisor reviews, here are the top 5 most affordable/cheap eat places in Boulder, Colorado: 1. Rincon Argentino 2. T/aco 3. The Parkway Cafe 4. Box Car Coffee Roasters 5. Village Coffee Shop photo credit: Parkway Cafe photo credit: Rincon Argentino  Read More 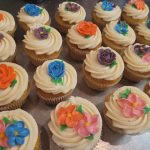 Boulder, Colorado has a number of award-winning dessert spots located throughout the city. Here are the top three rated spots in Boulder, according to the most recent Yelp reviews. 1. Piece, Love and Chocolate 2. Boulder Baked 3. Sweet Cow   photo credit: Boulder Baked  Read More

This Boulder Family-Owned Chinese Restaurant has Received the Highest Rating 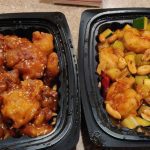 According to the most recent Yelp reviews, China Gourmet who has been in business in Boulder for over 30 years received the top ranking for Chinese food in Boulder, Colorado. We are a family-owned Chinese restaurant committed to serving traditional Chinese cuisine prepared with only the freshest ingredients. Begin your meal with hand-wrapped dumplings or one of our daily soups. Visit us today for a lunch on our expansive terrace or to pick up an order to-go! http://www.chinagourmetmenu.com/ photo via: China Gourmet  Read More