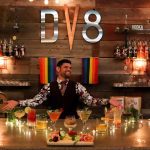 Ever since the Yard of Ale closed in 2009, there hasn’t been a dedicated gay bar in Boulder. Enter DV8 Distillery  which is somewhere between a gay bar and Burning Man. DV8 has spent the last 6 years cultivating a scene where the LGBTQ community can find connections, friends, and lovers, without having to travel to Denver. However, DV8 wants to stress that they aren’t exclusively a gay bar. If anything, they say they are technically a queer bar since that’s what the owners identify as. However, DV8 is a safe space for people of any sexuality or gender to feel protected, listened to, and... Read More