When Are Boulder’s First and Last Snowfalls? 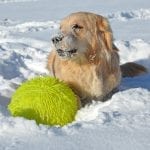 According to www.currentresults.com/ Boulder’s first autumn snowfall may arrive as early as September or as late as November. October is more likely than not to receive at least two inches of snow. The season’s final snowfall falls in April or May. From June to August, Boulder is normally snow-free. Most snowfall days in Boulder leave at least an inch of fresh snow on the ground. On average, three inches or more of new snow falls on 12 days per year.  Snowfalls of more than five inches per day are common six times a year.  On average, one of those days will include a major blizzard... Read More