Works Of The Flesh 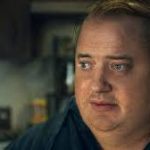 When my brother was drinking himself to death, he was alone. He didn’t die in the shabby Tulsa house he rented. That came a few days later in the hospital as his organs shut down, one by one. But I suspect there was a moment earlier on, it could have been months or years, where he saw two paths for his life. The first involved asking for help, treatment, backsliding numerous times, and the possibility of something approximating a fresh start. The second path involved cheap vodka, dim rooms with beige walls, and a tragic death. That’s one of the troublesome aspects of addiction, the idea that... Read More 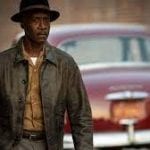 I adore crime movies, though some flavors more than others. About half of Quentin Tarantino’s filmography focuses on crime, and Pulp Fiction alone birthed legions of imitators. For years, there were scores of films involving loquacious scumbags holding forth on pop culture and committing unexpected (but completely expected) acts of violence. Some of these movies were even good. Tarantino’s crime movies are like a cheeseburger ordered at the trendiest restaurant you can imagine, cooked by the biggest celebrity chef out there. You’ll enjoy that burger, I promise you, but while you’re eating... Read More