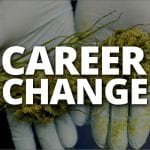 Let’s face it.  In 2020, searching for a good job (in an industry that you’re interested in and that pays the bills) is almost as lonely and desperate as looking for love on Tinder!  While networking, building your skills, and having the knowledge/skills needed are always important aspects when searching for the right job, it’s also important to be looking in the right areas for the best opportunities.   In the digital age, most opportunities are buried in an overload of online sites and career search engines.  Sites like LinkedIn, Craigslist, Monster.com, and Glassdoor are great when... Read More 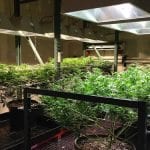 I bet most of you (if there is anyone reading this yet – come on friends don’t be shy in the comments!) thought I would be writing about a local dispensary for my first official Canna-Business Review, but I thought I’d shake it up to show that I’m an unpredictable person always willing to stretch the boundaries of imagination… okay, so maybe not that far, but I am willing to stretch this blog to uncover all of Boulder’s cannabis companies.  To be honest, when I started my search for my first review, I figured I would be selecting a dispensary.  However, as I mentioned last week, I... Read More

About Boulder December 8th, 2018 Leaf of the Week 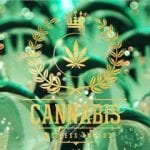 The 7th Annual Cannabis Business Awards was held last Wednesday, at the Hilton City Center, in downtown Denver, CO. The event was created to celebrate outstanding achievements with industry games changers, trailblazers, and cannabis thought leaders. It was an incredible night of networking and fun within the cannabis industry. Several athletes were nominated for different awards, some participated as presenters, and former NHL player, Riley Cote, took home the Activist of the Year Award! Co-hosting the event, alongside Chloe Villano who is the founder and producer of the Cannabis Business Awards,... Read More

Cannabis Couriers and You 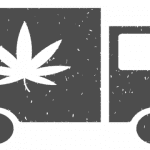 On Monday, Colorado State Lawmakers passed a measure to create a new type of cannabis licenses, one for a state-wide marijuana “transporter” or courier services.   Since passing the measure (currently awaiting the Governor’s signature), the bill has been making its way around the news circuits, especially those that are cannabis inclined.  Most of these articles have focused on the fact that this new licenses will allow for marijuana transporters to function within their own class of licensing.   Prior to this measure passing, there were 12 marijuana couriers in Colorado that functioned... Read More

STASHLOGIX is a Logical Solution for Your Stash 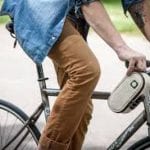 How do you keep all of your herbs, shatter, edibles, and accessories in order?   Are you like me and have a bunch of different containers that you use?  Maybe you use an old cigar box?   Or do you use a Teenage Mutant Ninja Turtle lunchbox from the late 80’s?   If you’re a cannabis connoisseur, I’m sure you have your own way of hiding your stash.   But could it use an upgrade?  I know mine sure can! This is where STASHLOGIX comes into play.  Based in Boulder, STASHLOGIX designs “thoughtful, discreet, and secure” bags and accessories.   While they advertise their bags for... Read More

Not So Fresh Baked 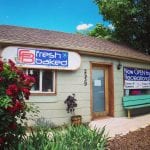 Today I bring you another retail dispensary review!   Let me preface my review by saying, I am someone who suffers from extreme anxiety at times, especially when in new and uncomfortable situations.    In fact, my number one reason for using MJ is because of its positive effects on anxiety.   I share this with you so as you read on, you understand that some of my points are solely my experiences and may not reflect the experience others may have.   Anyway, without further ado… Fresh Baked Dispensary is a place that I’ve known about since it opened.   I went with a friend a few years... Read More 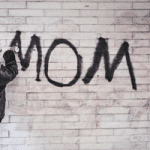 Who wisely gives advice, exudes confidence, and suddenly loses her appetite when there is only one slice of pie? You got it, “Mom.” Raising kids is not what it used to be, but today’s Mom’s have figured out how to find balance between marriage, kids, and a career. Decades ago, mother’s little helpers usually included alcohol and pills; a deadly combination for all involved. Since then, a paradigm shift has occurred and more and more Moms turn to cannabis for stress relief.  Contrary to the nay sayers, cannabis is safer than alcohol and pharmaceuticals for Mom’s... Read More

Will Work for Weed and Benefits! 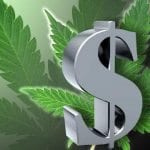 A little over a year ago, I left a job as a corporate sales trainer for one of the country’s largest wireless carriers. There were a lot of reasons I left, but one of the biggest was that I was tired of working for corporate America. I wanted to work for a smaller company. I wanted to contribute more to a small organization who would value my work and talents, not just count me among one of their many drones. More specifically, I thought it would be cool to take my experience as a corporate professional and try to land a job in the cannabis industry. Now I wish I could write about how I’ve... Read More 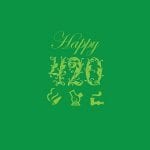 Well, it is that time of year again. It has been on everyone’s minds for the last few weeks. Nobody is sure what to expect but they all know it will be good. Ski season has ended, summer is on the horizon, and our annual April event is about to kick off. Vin Diesel and his buddies are back at it with another installment in the Fast and the Furious film franchise. Hahaha just kidding. Happy 420 everyone! I must say though, the correlation between the rise in April 20th celebrations and the comeback of Vin Diesel is an interesting connection that should not go unnoticed. If you work in the weed... Read More 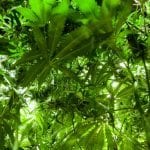 Last week, I introduced you to The Farm.   I was very impressed with their website, and the way that they market themselves in general to Colorado’s cannabis consumers.  As I mentioned at the time, I felt that they did a lot on their site to set themselves apart from the competition.  Their website was clean, well structured, and full of information about them as a company and their products.  Based on what they were presenting, I had high hopes for my first visit, so I went the first chance I had. First things first, The Farm doesn’t look like your typical corner dispensary.   In fact,... Read More

High Expectations: An Introduction to The Farm 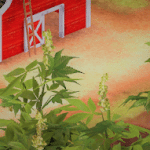 Okay, so I’ll admit this, I’ve never visited The Farm – one of Boulder’s most popular recreational dispensaries.   In fact, to be super honest, I live closer to the Denver/Aurora area and since I loathe traffic, I try to shop dispensaries near me.  However, if I said I had never heard of The Farm, I’d be lying as well.  Some of my weed-loving friends and acquaintances rave about The Farm, so much so that it made me make it this week’s Canna-Business Review focus. Now before we jump into what an actual visit to The Farm is like (stay tuned for an upcoming blog post) or their customer... Read More

My Type of Bolder: Bolder Cannabis and Extract 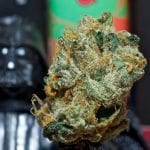 Last week, I highlighted Surna whose products are aimed at cannabis cultivators, and I must’ve caught the green thumb (I know, I know, I should try harder but my Sunday ritual consists of a wake and bake and me sitting down to write this… plus you know the recent spring weather has me all a flutter) because this week’s review focuses on Bolder Cannabis and Extracts.  Bolder Cannabis and Extracts is “the purveyor of Colorado’s finest, most artisanal cannabis and extracts.”   That’s a pretty powerful statement, but as I come to find out it’s a very accurate one for the Boulder... Read More

From the Ground Up 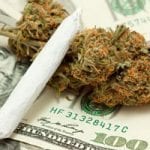 Welcome to Canna-Business Review!  A weekly blog that will focus on researching the different cannabis companies in and around Boulder, Co.  Each week we will highlight a local cannabis company, and share what makes that company unique – be it their products, services, employees, or what they give back to the community.   As a Colorado citizen or even a visitor to the state, it’s easy to see dispensaries popping up on every block (move over, Starbucks!), but what other companies are out there in the area that are contributing to this new industry?  That’s what I want to find out. Why... Read More