Fangs for the Memories 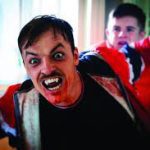 Buffy the Vampire Slayer is one of the greatest television shows in the history of the medium. Despite being the brainchild of a known abuser, it’s a series that deserves to be mentioned in the same breath as The Sopranos, Breaking Bad, and The Wire. Buffy used humor, drama, horror, and so, so much more to tell a story about how high school is hell and how adulthood is worse. Despite some issues that would earn it a couple of side-eyed glances,* Buffy continues to have an enormous amount to say and to inspire new viewers. Along similar lines, Let the Right One In is one of the greatest vampire... Read More