The Best 11 Activities to Do During Boulder Winters 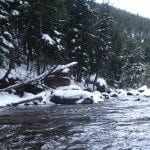 Winter gets cold in Boulder. It can be hard to bundle up and get out of the house, but the winter temperature should be no excuse. There’s lots of great activities to do in Boulder (even when it’s freezing outside), and that’s why this list has been assembled. Let’s get started. 1. See a Great Concert. Boulder has a fantastic music scene, partially because of its two incredible venues. The Fox Theater is a great, central venue to see concerts. It’s local, it hosts some incredible artists, and it’s got great personality. The Boulder Theater is also a great place... Read More 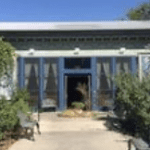 Since its permanent settlement in the 1850s, the City of Boulder has been a Western hub of thought, culture, and appreciation for natural beauty. Since the 1980s, Boulder’s uniqueness has allowed it to participate in the international sister cities program, a program whose ongoing success is reflected throughout the city. Boulder shares a bond with seven sister cities all across the globe (in Tajikistan, Nicaragua, China, Mexico, Japan, Cuba, and Kenya); through these bonds, Boulder has experienced an objectively positive exchange of culture. The international sister city movement began in 1947,... Read More

There are a lot of things to do in Boulder, and a lot of those things happen to be within a mile of CU’s main campus. Students, this list is for you. 1. Catch a show at the Fox Theater. The Fox Theater is a great venue to see concerts. It’s local, it hosts some incredible artists, and it’s got great personality. If you see a musician you fancy performing at The Fox Theater, then you’ll definitely want to buy tickets. 2. Grab a sandwich on the hill. The hill is a mecca for sandwich shops. There’s Half Fast, which is open until 2 A.M. and boasts a huge menu of excellent... Read More