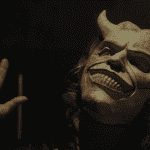 A good premise is powerful. It’s the kind of thing that Hollywood executives fantasize over, and the kind of thing producers worry about screwing up. It can be a license to print money and a way for a movie to guarantee immortality. You know it because as soon as you’re introduced to the premise, you think, “I have to see that.” I’m not talking about sequels, though. Top Gun: Maverick has made all the money, and deservedly so. But nobody saw it based on the concept, “An over-the-hill fighter pilot must train a group of rookies to undertake a dangerous bombing run.” Instead, audiences... Read More