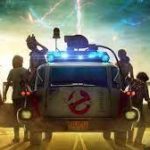 Ghostbusters shouldn’t have worked. To be sure, it’s become a beloved film, but it’s a beloved film almost in spite of itself. Dan Aykroyd’s original script was reportedly several hundred pages, involving pandimensional travel and bonkers science fiction concepts. Had it been shot, it would have cost over $200 million — in 1980s money. Ivan Reitman got involved next, convincing Aykroyd that a rewrite was necessary and that the script required a more grounded approach. The plan was for Aykroyd to star alongside John Belushi and Eddie Murphy, and as the director of Meatballs and Stripes,... Read More