Top 5 Hotels in Boulder That Don’t Break the Bank 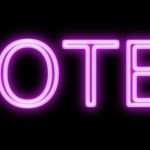 Boulder offers a wide variety of outdoor activities, top-notch dining options, and interesting attractions, making it challenging to choose where to stay and for how long. There are many places to stay, ranging from luxurious high-end hotels to more relaxed locations. Here are the top 5 most affordable hotels in Boulder, Colorado, as determined by the most recent TripAdvisor reviews: 1 – Millennium Harvest House Boulder 2 – A – Lodge Boulder 3 – Boulder Twin Lakes Inn 4 – Comfort Inn and Suites 5 – Foot of the Mountain Motel photo credits: Pixabay    Read More

Known for its Ghosts, this historic Boulder hotel is a must-see 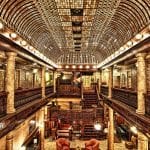 Rooms 302 and 304 have a reputation for being haunted among the Boulderado personnel. Guests in such rooms have claimed faint white human-shaped apparitions, audio phenomena such as disembodied voices, and odd electrical activity, such as TVs and lights turning on and off for no apparent reason, over the years. In 1924, a down-on-his-luck guy attempted a double-suicide in one of the rooms, killing himself on the bed by self-administering chloroform. His wife was bathing at the time, and when she discovered her husband’s body, she used the leftover chloroform on herself. The amount... Read More