The Sun on Her Face 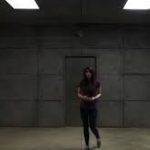 In his book Adventures in the Screen Trade, William Goldman famously wrote about the film industry that, “Nobody knows anything.” In large part, that’s true. Everybody knew Mel Gibson would always be one of the biggest movie stars until he wasn’t. Everybody knew the DCEU would be able to compete effectively with the MCU until it couldn’t. For that matter, everybody knows that the MCU remains the eight hundred-pound gorilla until they have a couple of flops. One thing that’s been mostly true for a long time is that if you want to break in, make or write a horror movie. Why not a comedy?... Read More