Week One of the NFL – And Some Blindside Hits 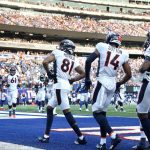 A new season of football generally begins with nacho dip on my jersey, endless hours of television, and of course, September Bronco bashing. Afterall, the Denver Broncos haven’t had a winning season since 2016, haven’t had a decent quarterback since Peyton Manning, and Vic Fangio is 0-7 in September games since joining the organization two years ago. Well, make that 1-7. Prepared for the worst, the Broncos looked to have provided plenty of bash-worthy material.  Gambling Vic Fangio and his Fourth Down decision-making.  The naming of Teddy Bridgewater at quarterback, who was so lightly sought... Read More 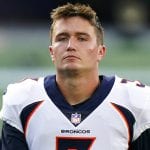 It started innocently enough.  Peyton Manning had just walked away from the game and Denver was contemplating who should be the heir apparent.  Trevor Siemian or Paxton Lynch? I suggested a trade for, then 35-year-old, Phillip Rivers. Before the free-agent signing of Case Keenum and the subsequential drafting of Bradley Chubb, I suggested that Denver should take quarterback Josh Allen, or possibly trade down and select Lamar Jackson. And now Drew Lock sits at the top of the depth chart with career stats of 23 TDs and 18 INTs, and a lifetime record of 8-10.  If this year’s playoffs have taught... Read More