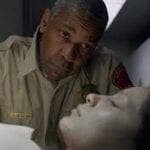 The Little Things is streaming on HBOMax Hey, you! You, the person who just dropped a few hundred bucks on screenwriting software and who bought a veritable library of books on how to write a winning script. You, the person who was struck by a (potentially misguided) bolt of motivation to roll up your sleeves and bang out a screenplay about a serial killer. Maybe…don’t? Look, don’t get me wrong, pretty much as long as there have been movies, there have been movies about disturbing maniacs who prey on the innocent. Fritz Lang’s M had to do with a child murderer in Berlin, and it was... Read More 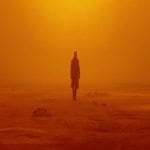 We live in an age of miracles. It doesn’t always seem that way, though. When a maniac opens fire on a country music concert and the citizens of our country are locked in an ideological battle, it can feel like we’re hurtling toward the abyss. I don’t think we are. Not really, anyway. The miraculous surrounds us, we just have to remember to see it. When we think about the events of Las Vegas, we can’t help but be confronted by the numerous acts of heroism that inevitably overshadow the attack itself. When we consider politics, we have to remember that, as citizens, there’s... Read More

Once in a while, a movie changes everything. 2012’s The Avengers is one of those movies. During its theatrical run, it made over $1.5 billion dollars, and it became one of the highest-grossing movies in the history of cinema. It was the culmination of 5 other films, beginning with Iron Man in 2008, and due to mostly careful* planning over 4 years, it represented the triumph of Marvel Studios. Naturally, Hollywood learned the wrong lessons. Instead of intuiting that audiences responded to well-defined and likable characters, studios came to the sketchy conclusion that audiences actually want... Read More