The Devil Went Down to Connecticut 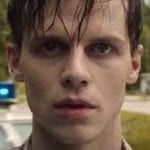 The Conjuring: The Devil Made Me Do It is streaming on HBO Max Much like life, franchises find a way. Sooner or later, they realize they can’t keep doing the same thing over and over, and they need to evolve. The Fast and the Furious began as a charmingly low rent ripoff of Point Break. With F9 being released a few weeks from now, we’ll see a series that took enormous chances and transformed into something entirely different.  We’ve arrived at a point, not unlike the late 1960s, where studios don’t fully know what audiences want and are scared to death about it. Back then, the studios... Read More