One Thing, Then Another 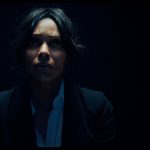 If you had to break it down, and we’re going to do just that, there are really two kinds of spy movies. The first are action movies with spies.* If you were in the mood to see Matt Damon whip seventeen kinds of ass, Colin Firth slaughter an entire church, or Charlize Theron kick a guy down a flight of stairs, movies like The Bourne Identity, Kingsman, and Atomic Blonde would fit the bill nicely. Perhaps you’re in the mood for something more cerebral. That brings us to the second kind of spy movie, which are the films that take the craft of espionage seriously. Movies like Spy Game or Tinker,... Read More