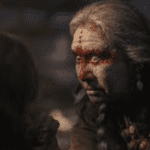 I’m a genre nerd. While a thoughtful documentary or smart drama will capture my attention, nothing gets my nerd radar pinging faster than a film that Wikipedia defines as, “a stylistic or thematic category for motion pictures based on similarities either in the narrative elements, aesthetic approach, or the emotional response to the film.” Luckily, there’s an awful lot of room for filmmakers to operate in when it comes to genre. A war movie only has to feature…well, war. A vampire movie simply needs to have something within it that can be recognized as some sort of vampire. Science... Read More