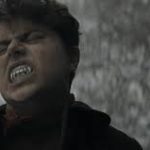 Wither the werewolf revolution?  For a while there, vampires were all the rage. If you wanted bloodsuckers, you had oodles of choices. The painfully emo creatures of the night in Interview With the Vampire, the rampaging hell-beasts in From Dusk Til Dawn, the Swedish nosferatu in Let the Right One In and so many more. They were an effective metaphor for fear of the AIDS crisis, otherness, and so, so many other interpretations. Then it shifted to zombies. The spectacularly humorless The Walking Dead became one of the most consequential TV shows ever. Zack Snyder’s remake of Dawn of the Dead was... Read More