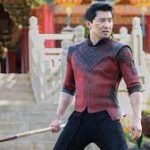 The Marvel Cinematic Universe is a trend-setter, and it’s kind of amazing considering the risks taken. Consider the lead of Iron Man was a troubled actor with a notable drug problem. Consider that the vast majority of people had no earthly idea who Iron Man even was. Consider that the idea of an interconnected multi-film franchise was looked at as, to be charitable, raging insanity. The irony is that, despite the huge chances taken by the MCU, Marvel Comics originally followed numerous trends instead of inspiring them. The creation of the Fantastic Four was a response to DC Comics’ creation... Read More