Posts Tagged With ‘ the gray man ’ 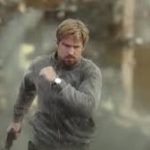 Not every film actor is a chameleon. Sure, the Meryl Streeps and Daniel Day-Lewises of the world can vanish into roles and become a hundred different people with protean speed. They tend to be the exception to the rule. When we go to the movies, most of the names up on the screen tend to play the same kinds of roles over and over. Is it fair? Are myopic filmmakers, rapacious executives, and cowardly producers robbing actors of the chance to flex their creative muscles? Maybe, but them’s the breaks. If I’m being fair, there are more reasons than that. Sometimes an actor is less interested in... Read More