Posts Tagged With ‘ the northman ’ 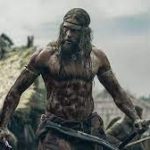 It’s days like this that remind me of just how little I really know about movies. You see, I’m here to talk about The Northman, the gore-drenched film directed by Robert Eggers concerning the revenge of a Viking prince. As I was turning the movie over in my head, I began wondering, “Are Viking films numerous enough to be considered a genre?” As it turns out, they kind of are! We don’t quite have a time in cinema where Viking films reigned supreme at the box office. While gangster movies were very much a thing in the 1930s to 1940s, and westerns were the dominant genre for close to three... Read More