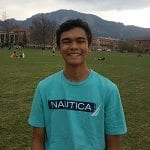 Hector is a Colorado native and grew up in Colorado Springs. Hector came out to CU with a positive mindset and has had nothing but fun. He does admit that being an engineering student has its own challenges, but he is determined to conquer all of them.  Read More 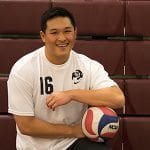 Rob is originally from San Diego, but grew up in Singapore. He studies integrative physiology at CU and is also an opposite hitter for CU Men’s Volleyball. Rob told me that he never took himself to be a natural athlete, but he has always loved to compete. He started playing volleyball in eighth grade when he was living in Singapore. After his senior year of high school, he came back to the U.S. to be a Buff. During his first year playing for CU, the team was lacking structure and struggling financially. Today, they are at Colorado Mesa University competing for a conference championship and a... Read More

How to Improve this Offseason without Swimming, Biking, or Running 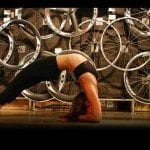 Many athletes are considered superhuman. How can a baseball player hit a ball 450 feet? How can a basketball player jump over 4 feet high? How can a triathlete run a marathon after biking and swimming so far? Indeed this talent is fairly superhuman, but even for the most impressive athletes, the body needs a break. The offseason is a time to let the body and mind recharge, and time to enjoy a more “normal” life. The problem with triathletes is that most of us are so obsessed with working out that we often don’t give ourselves enough off time because we start to feel lazy after just 2 days... Read More