Home › Uncategorized › Tone Up Your Brain, Tone Down Inflammation

Tone Up Your Brain, Tone Down Inflammation

80% of all diseases in the US are inflammatory based.  Alzheimer’s disease, arthritis of all types, inflammatory bowel diseases, asthma, MS, diabetes, cancer, and atherosclerosis, all have inflammatory components.  Adipose (fat tissue) is known to secrete several inflammatory factors, known as adipocytokines.  Adipose tissue also produces excessive amounts of dangerous estrogen, which promotes tumor growth. Inflammation is essential to the immune system, as it is used by the body to reduce injury and promote healing.  This is the acute critical response that we also experience when we get a cold, or a sliver in our finger.  When inflammation goes askew it can lead to very serious physical and/or mental problems.  Research shows that inflammation is implicated in many neurodegenerative diseases, including cognitive and behavioral implications.  Neuroinflammation can cause brain neurons to self-destruct, creating disastrous consequences such as loss of memory or impaired learning.  People who suffer from inflammatory diseases often experience insomnia, lethargy, depression, fevers, and a lack of appetite. Researchers at the University of Illinois have isolated a plant compound in celery and green peppers which has demonstrated the ability to disrupt and stop the inflammatory response in several types of cells involved in the Central Nervous System (CNS).  Luteolin (LOO-tee-OH-lin) is a bioactive food component found in the flavonoid family.  Scientists found that cells treated with luteolin, before being exposed to bacteria known to generate inflammation, were able to shut down the production of a key cytokine in the inflammatory pathway.  The effects were dramatic and resulted in as much as a 90% decrease in inflammation.  Luteolin also demonstrated inflammatory reduction in the hippocampus, a region in the brain essential to special learning and memory. Celery and green peppers are both low in calories and high in fiber, so you can enjoy eating them guilt-free.  Try them in your favorite juice, dipped into hummus, or make some delicious Gazpacho! 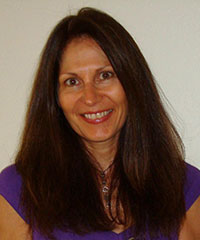