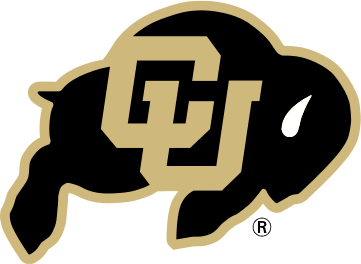 A Brief History of CU Boulder

Boulder’s first schoolhouse opened in 1860, but it was far from the last school to be built here!

The University of Colorado in Boulder was established in the early 1870s when the Colorado territorial legislature made an amendment to the constitution that provided money for three universities. CU was, of course, one. The other two were the Colorado School of Mines in Golden and the Colorado Agricultural College in Fort Collins, both of which still exist today.

But at first, there was some debate about exactly where to put the new university. Two cities were competing for it: Boulder and Cañon City. Boulder beat out Cañon City for a very practical reason: the state needed a new prison, and Cañon City was already home to one. That made it the ideal location for another, since the infrastructure was already in place. But imagine what Boulder would be like today if things had gone the other way!

The funding of CU was made possible namely by donations, which totaled $15,000 and were matched the territorial legislature. It was, all in all, a cooperative effort between the government and the community, which already seemed to place a high value on education.

CU opened its doors (or rather, its door) in 1877. The first class consisted of forty-seven students studying in one building, Old Main. This lone building was not only the site of all classes, but contained the office of the president and a living area for he and his family, and the university library. On top of that, there were only three instructors–including Mary Rippon. Because there were few high schools in the area, a college preparatory school was also created on the small campus as well so that CU’s student body could expand.

Old Main was not surrounded by development and beautiful houses as it is today either. No, it was located on a “barren and wind-swept plain.” It was the only structure for miles and miles around, and overlooked the Boulder Creek. 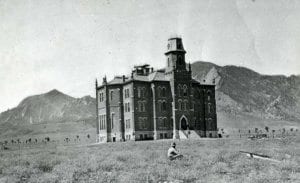 Some of CU’s most iconic symbols however, did not come until much later. Macky Auditorium was built in 1923, the last building designed by the original architect of the campus, Charles Klauder. The university mascot, the buffalo, was chosen via a campus newspaper competition in 1934 and was first used at a football game that fall when students rented a bison calf to display. The Conference on World Affairs began in 1948 and is still going strong, and the Colorado Shakespeare Festival was formally established in 1958.

But all these famous events have their roots in that fateful decision to create the university over a century ago. We may be a young city, but our traditions are strong! 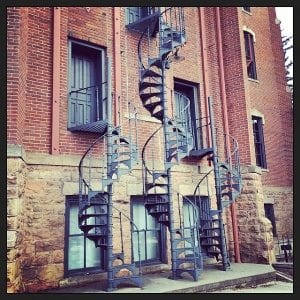