Home › Blog › Boulder People and Events › Get the Mojo for Dojo4!

Get the Mojo for Dojo4! 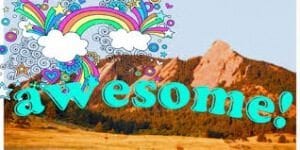 In the event you are ever questioning what it is that makes Boulder better than the best, check out the mission of Awesome Boulder‘s nonprofit organization.  For the past three years, a team of ten trustees and friends have collaborated to fund individual projects and start-up companies around town, and the impact has been immense. Contributing one thousand dollars a month to whichever project is selected, the Awesome team has funded approximately forty projects in forty-months and co-collaborated a co-creative success.

Only Boulder could have a philanthropy titled with the word “Awesome,” have it be real, and have it be right. Tim Wolters, one of the team members and co-founders simply said that “awesome” was the most resonated word used in response to people’s projects. A grant recipient from “Circle Talk,” a community building space for elderly folk, spoke to her initial encounter with the organization with great humor and light-heartedness. When she picked up the phone and heard, “Hello, this is Justin from Awesome,” she’s thinking, “What is he selling?” Other projects that have been invested through Awesome Boulder included “Block 1750,” located on 30th street, a hop-hop dance studio started by two young, ambitious dancers for ages ranging anywhere from four to sixty. They host a dance class every night as well as a community dinner every Friday in the hopes to provide a safe space to those who don’t have the funds or means to dance or express themselves through an artistic medium. Additionally, the Boulder Food Rescue, founded on August 28, 2011, was supported as a food recovery and redistribution program. Once discovered that the excessive food waste in town was salvageable and abundant enough to support every hungry person in town and beyond, a team was created to provide youth, day care centers, domestic violence shelters and other seekers with proper nutrition. Four hundred volunteers, four years of work, and one million pounds of food restored has resulted in an international response; beginning in Boulder and expanding from Nashville to Atlanta to Jacksonville to Nicaragua, the Philippines and Canada, the food rescue alliance is increasing in astounding volumes. 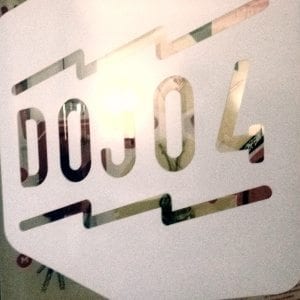 There is a way that we fuse all of our passions into a community that is unlike any other. Awesome Boulder finds people, and people find them, who are involved in projects expanding across all realms of business, art, food, anything entrepreneurial, innovative, corporate or non-corporate. The idea of Awesome Boulder, while executed admirably in this town, originated five years ago as a branch from Boston’s “Awesome Foundation,” the umbrella that created web resources for others to collect applications and begin their own chapter. Even Daryl Smith, owner of the local Laughing Goat coffee shop on Pearl Street, is a trustee member of Awesome Boulder, representing the true support of local businesses and the ways we can all lend a helping hand.

When asked how Awesome Boulder reflects our town, Tim Wolters reflected that Boulder is innately a “caring community that wants to give back to one another, that wants to promote diversity, that wants to give opportunities to people who don’t always have them. It’s an awesome community as it is, and we just bring other people into it.” A little help can go an incredibly long way. Ten people. One hundred dollars a person, per month. Forty-months. Forty-projects. Forty-thousand dollars. It would only make sense for About Boulder to now collaborate with Awesome Boulder, because that is what it is about Boulder, that makes it so awesome.

For more information, check out Awesome Boulder‘s facebook site to stay in the loop with upcoming events! https://www.facebook.com/AwesomeBoulder?fref=ts