Let’s go… to the Grand Canyon!

Ah the Grand Canyon. One of America’s best and most beautiful features. And lucky us Boulderites, it is only a 10 hour drive from here! If you leave at 6 am, you’ll be there in time to find the perfect spot to watch the sunset on the canyon. That’s what I did anyways, a couple weeks ago. And it was rough and also a bit colder there than here, but amazing. 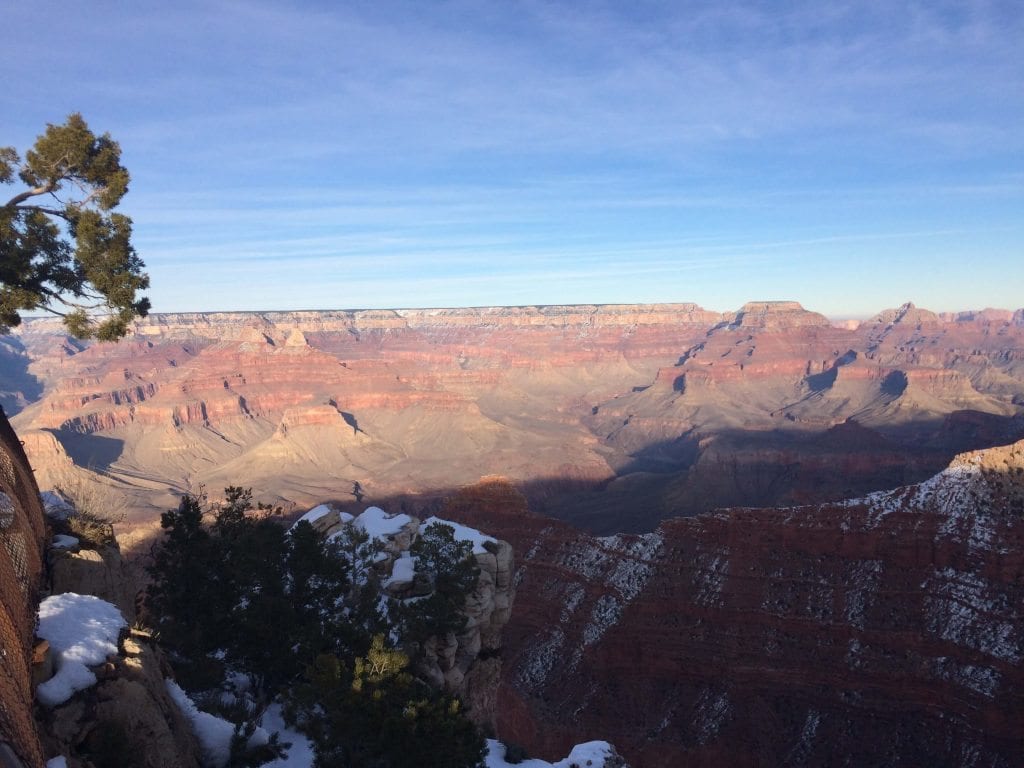 It’s a great time of year to go; the crowds are at their lowest according to the Visitor Center rangers. I was still amazed at how many people were there, almost as many as Chautauqua on a sunny, warm afternoon.  But it was in the 20’s and the paved paths were covered with ice.

In the Kaibab National Forest just outside the southern entrance to the park (the northern entrance is closed during winter).  We took the cold and tired route and opted for a hotel room in Tusayan, just outside of the park. In the winter it is off season so the hotels are MUCH more affordable. Plus it was 6 degrees when we woke up, so it was probably worth it to split amongst friends.

On the advice of the gas station clerk we bought beer from in the near deserted town of Tusayan, we chose to hike the Cedar Ridge Trail. Cedar Ridge is the quickest way down to the bottom of the canyon (where the clerk told us it would be 70 degrees instead of 30 like above the canyon- this was not quite true). This hike was hella icy in parts. Bring your crampons or whatever you have to give you more resistance on your boots. But it was beautiful. Unfortunately my phone died and I didn’t get to take any pictures, but google has some.

It was pretty cool in the winter, but my next trip will be when it’s a little warmer. And best of all it will still only be 10 hours away! 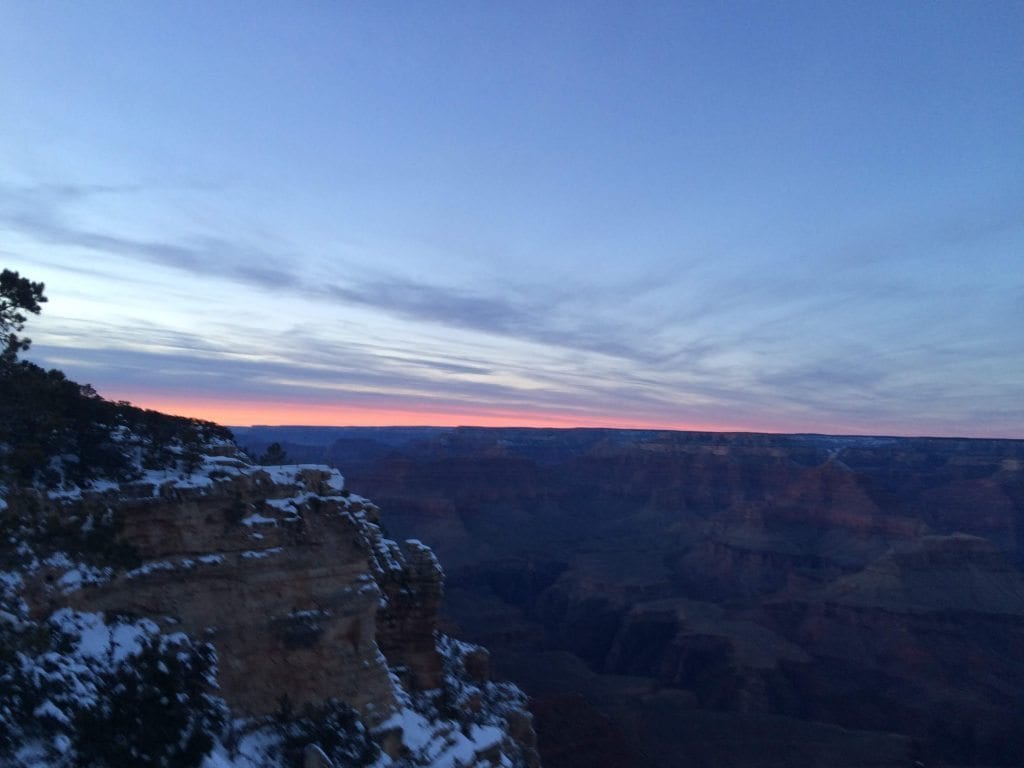