Home › Leaf of the Week › Looking Back: “Medical Cannabis: Health Effects of THC and CBD” at CU Boulder

Looking Back: “Medical Cannabis: Health Effects of THC and CBD” at CU Boulder 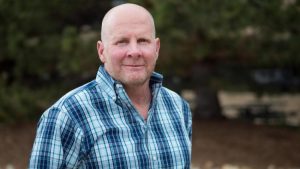 CU Boulder’s CHANGE Lab has been working over the past several years to finally observe the potential benefits and risks to marijuana consumption, something that has previously been studied very little. Kent Hutchison, a psychology professor and cannabis researcher in CU Boulder’s CHANGE Lab, became frustrated with how little was known about the effects of marijuana when his elderly mother attempted to use marijuana to ease her chronic pain and consistently was given conflicting advice depending on what dispensary she went to. The same thing also occurred when Hutchison’s wife tried to use marijuana to stop side effects from her cancer treatment, and she was met with a shrug from doctors who told her they had no information to give her.

In an attempt to reach and educate the public about how marijuana can be used medically, Hutchison launched a free online course through CU Boulder. The course answers questions such as: How can marijuana really help patients with cancer, insomnia, chronic pain or seizure disorders? What’s the difference between THC (tetrahydrocannabinol) and CBD (cannabidiol)? Which strains are best for what conditions? And what can people who use it medicinally do to reduce risks and maximize benefits?

The course has been launched through Coursera, a free resource for taking classes–though you can also pay a small fee to receive a certificate for completed courses. Hutchison’s course and certification is being offered for free for CU Boulder students, staff, and faculty.

“People are not getting information from health care providers or public health officials. Rather, they are getting it from the internet, social media and other sources that aren’t always reliable,” says Hutchison, who also teaches a 3-credit full-semester class PSYC 4541: Special Topics in Psychology and Neuroscience: Cannabis and Health for CU Boulder students. Assignments include going to a dispensary to ask questions about quality control and asking a physician what they know about THC and CBD. Hutchison hopes that this course will be useful for the general public, budtenders, and doctors alike in educating themselves on how medical marijuana can be used.