Home › Blog › Parenting › Parents Caring for Themselves Part I: I Don’t Have TIME to “Just Be!”

Parents Caring for Themselves Part I: I Don’t Have TIME to “Just Be!”

This is part of a series exploring how to take care of ourselves, as parents, emotionally, physically and mentally, with some articles also highlighting local resources to assist in this process.

After re-reading my last article that opened with an example of my clear resistance to “doing” I started thinking about the idea of “being” and “doing.” Living in Boulder, “just be” is a phrase with which you’re most likely well-acquainted. To me it sometimes sounds like this sort of

elusive, intangible state described in (blog) articles or we hear during yoga class. It’s revered and respected, but seems to also cause so much pain from not attaining it or even confusion about how to get there. What is it really? Can we sustain it? Why have I felt like so often the act of being is just another thing on the to-do list that we don’t have time for, yet are so desperate to experience, particularly as parents?

About a year ago I made a dramatic life change for the sake, and in pursuit, of it. I found myself constantly feeling the need for everything to just. Stop. I started taking inventory of the incredibly stressful years I’d had personally, in my career, and as a parent. I was burnt out and wanted to be happier. I decided to make a career change that would allow more flexibility as a mom (making me happier), more time to myself (making me happier), and a chance to simply re-organize my life (to again, make me happier). Unfortunately, my idea of how to do that completely backfired. I started school in a field that is a passion of mine but found myself having panic attacks during class, not sleeping at night, getting sick and crying..a lot. It felt like I was still stuck smack dab in the part of me I was trying to improve. I didn’t get it: I had significantly more time on my hands to be a more present parent, had more time to take care of me, and had time to just.. be. I was living the dream. Yet the thing I wanted most, to just be, I had no idea how to do…which was precisely the issue. Despite wanting it, I didn’t know how to not do. Furthermore, I realized that for the sake of still continuing to do, albeit at a less amount, I thought I needed to have something (like school) to cling to as an identity. In our current default state of doing, we equate sense of self with what we do. As much as we strive for being, we are reluctant to let go of the doing for fear of facing ourselves as we are without titles or roles or responsibilities.

During the months that followed, I dropped out of school and started to face myself. I began to see that I could have very busy days of doing where I would feel more centered and relaxed than days I wasn’t doing a lot. I realized “just being” was part slowing down but all gaining new perspective. I thought back to the times in years previous when I would follow all of the advice: “spend a moment with a friend,” “stop and sit and meditate,” “breathe,” “write,” “go be in nature,” and how they only brought brief respite. These are still part of my routine and activities that recharge and replenish me, but before I was seeing them only as a means to an end. I now realize if they are just another thing that we DO in order to BE we’ve missed the point. The more I learn how to be, the more I know what I need and when, and how to ask for it or have the courage to state it. I learn how to be more allowing with myself, and have a more genuine and deeper relationship with my child. I’m learning it’s the place from which you are able to determine how to find balance and what that means to you, instead of doing what we can to arrange what we think is a balanced life so that we can fit in the time to “just be.”

The next article with give three suggestions about how to be while doing. As parents we still have daily tasks to carry out, and for some of us that plate is overflowing. I am not minimizing the tall orders we all have by saying that if you learn to just be despite all that you are doing things will be well. I am suggesting that in gaining a new perspective, you may gain more awareness around where things need to shift and find more ease in allowing that to happen. So stay tuned, and feel free to comment with your thoughts or experience in navigating what it means to just be. 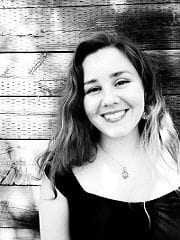