Often, we resort our hopes for a better tomorrow on the up-and-coming generation. It may be an accurate and genuine wish, but there’s usually a question regarding how the change will happen and what it will look like, leaving space for us to ignore our own impacts. On October 20th at 5:30pm, the YWCA Community Center of Boulder hosted a “Reading to End Racism” event, targeted at elementary school kids as part of a philosophy and organization called “Raising Little Heroes.” There laid the evidence that will renew the hope we’ve projected onto kids to fill our gaps and fix our lacks. Have no fear – the change is happening – and it couldn’t look more beautiful. 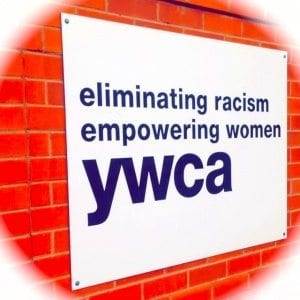 In therapy, in spirituality, in psychology, in homeopathy and holisitic, energetic work, there is a healing concept called accessing the inner child. If we can hold onto who we were when we were younger: the innocence, naivete, the ambition, the immensity of the world and our desires to change it, that is exactly what this meeting proved was not just an intangible concept, but a real, magical thing. These children, though the event’s concept, though complex, was adjusted for the comprehension of young minds and hearts, resulting in profound reminders to even parents and the eldest folk.

Ema Lyman, a Boulder Valley School District speaker, (originally from South America), asks the kids why someone might leave a classmate out of a game. As the hands went up slowly but surely, a young girl Evvie instinctually and accurately said, “Because they look different.” The wisdom is there – which means – the ability to change is too. When asked how the kids could “bridge the gap” of exclusion, ideas were tossed around such as learning other languages to experience another lens, or inviting someone over for a sleepover. In the event a playmate was blind, when discussing hypothetical scenarios, young Evvie simply said, “But he can still hear. You can say hi.” The interactive experience was both meaningful for the kids and adults, as Lyman discussed the small steps to great changes, even beginning with the books they choose to read to their children and the TV programs they engage in.

As part of the Raising Little Heroes program and its integration with the Boulder Valley School District, they have an individual reader for each classroom for fifty-four schools; that’s thirty-five elementary shools and twelve middle schools being educated on how to work through some of our world’s core issues. A young boy J.J. summarized it best when referring to inclusion; he said, “They need to play together, so then they can become friends.” Part of that exposure depends on parents to be conscientious of who their kids choose to spend time with; they have the willingness, they just need the opportunity to do it. 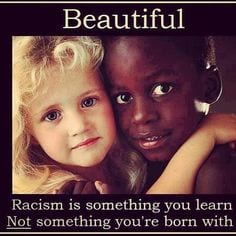 Evvie discussed how at her school, there’s a Buddy Bench for whoever’s feeling left out; that way everyone knows they need a friend and they can find company there. Lyman speaks to the stereotype Boulder holds that there’s “no diversity here”; however, she reports three hundred and forty students who’ve been identified as homeless as part of the school district, and that the only solution for us as bystanders is to move out of our comfort zone to fix it. The event began with Lyman speaking about what diversity looks like in children, from appearances to language to disabilities, followed by leader Lena Ripple who provided resources, read stories and asked the group if they thought she was born in this country due to her pale skin color. The assumption was yes, as most nodded, and though she was actually born in London, the tendencies of children’s answers reflect the stereotype many of us adults hold to this day, because we may not have had programs like this to teach us otherwise.

Many of the books’ titles that were offered at this event reveal their importance, some examples being: “The Skin You Live In, Shades of People, Seeds of Change, The Colors of Us, The Crayon Box That Talked, A Rainbow Of Friends, This Bear, That Bear,” and a Sesame Street teaching called, “We’re Different, We’re The Same.” The complexity of kids’ comprehension abilities is astounding, given that most are written as metaphors and trigger a cognitive thinking pattern far more commendable than we give them credit for. Ripple speaks to how they provide finger puppets of all colors to play with, as well as people cut-outs of all shades. When passed around bi-lingual, dual sided bookmarks regarding “10 Things You Can Do To Help End Racism,” most of the kids who couldn’t yet read expressed something brilliant with their inquiries. The fact that they couldn’t decipher between which side was English and which was Spanish speaks volumes to their purity, to our capability to access that purity within ourselves. Everyone is born with a blank slate, racism is not taught, it is learned. Children do not know the difference between one playmate and another, unless and until they are shown the proper way to name it and change it.