In 2012 Twisted Pine completed an expansion that allowed them to move production to 6,000 barrels from 3,500, over doubled the amount of interior seating and are now distributing in 12 states. In addition, they have made changes to their brewing line up trimming down year round taps to 9 and keeping 15 open for rotating, seasonals and small batches.
Other incremental changes have occurred too, adding a kitchen and their small batch program. “Fresh Tap Fridays” is their program of releasing a new beer every Friday at 4pm. Justin Tilotta, head of sales and marketing for the brewery, loves this program noting, “it forces the brewers to keep trying new beers and recipes.” The expansion has allowed them to bottle more and to keep a dedicated packaging area, resulting with new additions like bottles of the popular Agaveras IPA. 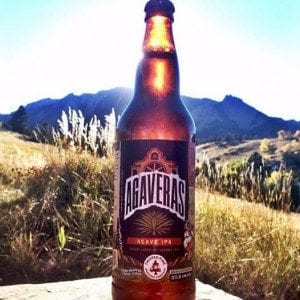 A couple of things haven’t changed, they are still winning awards for their beers and they are still firmly dedicated to the community around them. The brewery has won 32 medals and accolades in the past 18 years highlighted by the 2014 Gold Medal for The Big Shot Espresso Stout at the World Beer Cup, beating 108 other entries in Category 8, Coffee Beers.
They have maintained their long-term partnerships with not for profits Emergency Family Assistant Association (EFAA) and Imagine Colorado. They are hoping to hit 2,000 lbs of collected cans this year for EFAA by maintaining their program of canned donations, at least 3 cans donated gets you a free pint. Their relationship with Imagine Colorado is only getting stronger, they employ up to 12 people through their program and now have artwork on their walls from those the organization helps support. In another show of community outreach, they at least once a month, have a fundraiser for another not for profit.