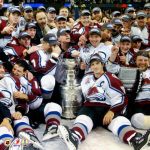 The last time the Colorado Avalanche won the Stanley Cup – Britney was dating Justin, Beyonce was still a Destiny’s Child, and Joe Sakic wore skates to work each morning. Instead of a suit and tie. The year was 2001, and while society was busy dancing to songs downloaded off Napster, the current Avalanche squad was so young, that they were most likely going down for Nap Time. On Wednesday, the 2022 Colorado Avalanche will begin their quest to lift Lord Stanley’s Cup as they take on the Tampa Bay Lightning in Game 1 – but to describe how excruciatingly long the two-decade wait has been... Read More