The Boulder Bubble and Beyond Boulder is a city and county of many parts. Anyone who lives or visits here can’t help noticing. Within an hour’s drive of downtown you can find everything from hamlets nestled into pine-covered foothills to municipalities threading cottonwood traces, from the pristine vistas of Rocky Mountain National Park to the anchor of the Great Plains spreading eastward. Given that variation, it’s no surprise a host of interests come into play. Businesses—from national corporations to one-off boutiques—have made their home in the region. Industries as diverse as aerospace and recreation find a... Read More

This Well-Known Haunt is Located in Downtown Boulder 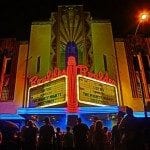 A popular spot in the city is the Boulder Theater. George Paper, who oversaw the theater in the 1940s and passed away there after being unintentionally strangled in the lighting system, is the ghost. According to rumors, George is a skilled practical joker. He is rumored to operate faucets, open doors, and flip light switches. Some claim to have seen his form. The Boulder Theater first opened its doors in 1906 as the Curran Opera House. James Curran, the venue’s founder, was a billboard sign owner, and it specialized in silent movies, opera, and musicals. After about 20 years, the structure... Read More 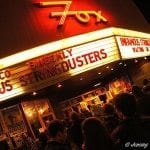 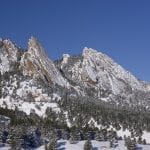 Happy cows may come from California, but happy people come from Boulder. And for good reason! Boulder has so much to offer, it’s no wonder that people here are considered to be among the happiest in the country. Narrowing this list down was the real challenge, but here are ten reasons why Boulder rocks: 1. Hiking, Biking, and Climbing Okay, maybe that’s three reasons, but the main theme here is mountains. Nestled right at the base of the Rockies, Boulder has over 300 miles of hiking and biking trails, and countless opportunities for climbing and bouldering (imagine that). Even if you don’t... Read More 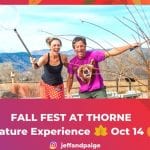 1. BUKU with ESSEKS, FRQNCY, YOKO B2B OPTICS at Fox Theatre Doors: 8:30 pm, show: 9 pm Per Buku’s website, “With a menacing grasp on sound design and music theory, Buku combines deceptively simple and emotive melodies, laden with resounding low-end and intricate drum patterns. With a love of drums rooted early in his childhood, his work reflects his passion for percussion laced with elements only a trained ear could produce.” 2. Fall Fest at Thorne Nature Experience 10/14 10 am Celebrate your day off and fall at the Thorne Nature Experience with nature crafts, face-painting,... Read More 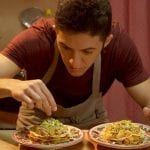 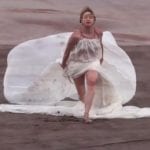 1. Oktoberfest Boulder at Central Park 09/20 to 09/21   Bring the German festival to Boulder by way of the Boulder Oktoberfest! Oktoberfest Boulder has tons of fun events this year, including live music from 40 Oz to Freedom, German beer and food, and games such as keg bowling, human glockenspiel, and hammerschlagen. You can pre-order drink tickets with a free stein here. 2. Chili Bowl 2019 at Studio Arts Boulder 09/22 12 pm to 5 pm   Chili Bowl celebrates community and great food with a chili cook-off, live music, art activities, and local brews. This year’s cook-off will include... Read More 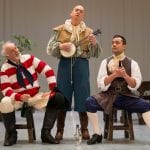 1. Crown the Empire at Boulder Theater 07/30 Doors: 5 pm, Show: 6 pm This concert at Boulder Theater will be featuring ATTILA, Veil of Maya, Gideon, Hawk, and Life Right Now. This metal fiasco has tickets starting at just $25. 2. Groove A Licious at Pearl Street Mall 07/31 6 pm Driving deep pocket grooves, killer harmonies, accompanied with one of the most stellar brass sections on the scene, the band brings the rootsy funk from Detroit to New Orleans. The beer garden opens at 5:30 to grab a drink before the show starts. 3. Suzanne Vega at Boulder Theater 07/31 Doors: 7 pm, Show: 8 pm Suzanne... Read More 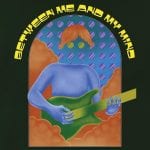 1. The Gipsy Kings ft. Nicolas Reyes & Tonino Baliardo at Boulder Theater 07/23 Doors: 7 p.m. Show: 8 p.m. Immerse yourself in a combination of flamenco, rumba, salsa, and pop with the Gipsy Kings at Boulder Theater. Tickets start at $62.50 and are nearly sold out, so get yours now! 2. Muggle Magic: The Science of Harry Potter at CU Science Discovery 07/22-07/26 Send your kids to wizard camp with this interactive, stem-based Harry Potter world. Kids will take Hogwarts classes such as Potions, Herbology, Care of Magical Creatures and Astronomy. This is a great way to get your kids outdoors,... Read More 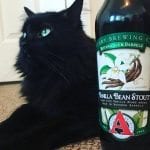 The day has finally arrived! The day that we beer drinkers look forward to all year long. The day that everyone can come together in a sea of green and sing odes to the old country (even if they have only seen pictures of the Cliffs of Moher). This St. Patrick’s Day, don your most festive Irish green getup and, after finishing your annual green Coors Light, check out one of the many events happening today featuring beers from local breweries all over Boulder. To give us an idea of where to start, I looked in a few of them. To start the evening off, head over the Avery Brewing for their St. Paddy’s... Read More

Edible Indulgence and the NFL 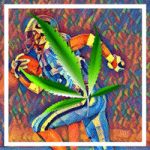 Photo Credit: pixaby.com Why does the National Football League (NFL) deny their players the right to use marijuana instead of habit-forming opioids?  That is the billion dollar question!  While NFL players continue to be suspended for cannabis use with just 35 nanogram of THC per milliliter, consider the fact, the Olympics allow four-times that amount for athletes around the world in the biggest competition on the planet. Crazy, right? So, what’s a football fan to do…watch the game high, of course! Edibles are a best bet for an evening of high-stakes football.  Here’s what to expect in... Read More

August in Boulder means hot summer temperatures, students coming back to school, and summer events beginning to wind down. In order to make the most of these last few weeks of August, here are a couple things to keep in mind: School is starting up again. All month, the Hill has been a hotbed of college students moving out of their old places and into their new ones. Mattresses and couches and toaster ovens are left on the side of the roads like some kind of post-apocalyptic disaster has struck. Classes start up again at CU Boulder on Monday, August 22nd, so be warned. The week of August 22nd will... Read More

People of Boulder, this week in music is looking great. From critically-acclaimed, nationwide crowd-pleasers, to equally critically-acclaimed local artists (with a fun burst of quirky Talking Heads covers, for good measure) there’s a lot to do in the week ahead. Here are a few highlights: FRIDAY 3/25 Citizen Cope hits Boulder Theater on Friday, March 25th at 8:30pm. If you’re one of the few who is not yet acquainted, Citizen Cope is a soulful artist bridging the gap between touchstones of American music – folk blended with rhythm and blues. If you’re itching in your seat waiting for the... Read More

THURSDAY 3/17 For St Patrick’s Day, you’ve got a plethora of events and specials to choose from at any given bar, brewery, or eatery in town. Interested in something different? At 7PM, Pulitzer Prize-winning author Jennifer Egan will be at the Boulder Public Library. Egan’s novel A Visit From the Goon Squad, winner of the 2011 Pulitzer Prize, is a fascinating, non-linear investigation into the passage of time through the lenses of a cast of 13 characters whose lives are drawn together by rock and roll. Further, it contains an excellent list and analysis of some of the best and most notable... Read More

Saturday, October 17 Enjoy the festivities surrounding the 42nd year of Rocky Mountain National Watermedia. Peruse the works of many national and international artists who have chosen to truly experiment with variance in water-based media. Well-known artist Mark Mehaffey will be a juror on hand and brings his experience as a member of the Rocky Mountain National Watermedia Society, as well as his vast knowledge of water media. This event is free to center members. More information available at FoothillsArtCenter.org Time: All Day Cost: $0-$8 Location: Foothills Art Center, Golden.   Get your... Read More

No shortage of festival frivolity this weekend in Boulder County. Don’t waste any more time indoors as summer will be gone before we know it! Get outside and experience something new this weekend, whether it is a new-found respect for 80’s movies,  a traditional Korean dish, or a love for Shakespeare you didn’t know you had. Don’t let the intermittent rain ruin your plans to see it all! Saturday, August 8 A truly once-in-a-lifetime experience, the Aerial Dance Festival 2015 Showcase is sure to entertain. Aerial dance is quite obviously difficult, but the professionals here... Read More

Saturday, August 1st Don’t miss your chance before summer’s end to foray into some locally grown and harvested produce at the Boulder Farmer’s Market. There will be traditionally grown fruit and vegetables, as well as those officially certified organic. Fruits from the Western Slope will be available for sale, as well as unusual and hard-to-find items. Time: 9am Cost: Free Location: Boulder Farmer’s Market, Downtown Boulder. Drop your dinner ingredients off at home and head over to Central City Opera’s Man of La Mancha. The riveting story of Don Quixote and the Spanish... Read More 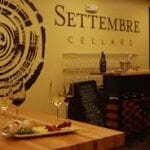 Hopefully this is the last weekend Northern Colorado will be experiencing spurts of cloudiness and rain, but the good news is that is plenty fun to be had indoors. Saturday May 16 Why avoid the numerous breweries and local beers this weekend? Get to Wonderland Brewery Co.’s One Year Anniversary, where beers will be $1 all day. A different food truck and musical act will be featured Friday, Saturday, and Sunday. Saturday will feature the food of Infinitus Pie, a yoga class at 3:30 put on by Still Motion Yoga & Massage, and samples from the Cheese Course. Taylor Radio will be the featured musical... Read More

Things to do in Boulder that aren’t outside 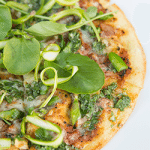 Boulder is known for its versatile atmosphere, from hiking and biking to tubing down Boulder Creek, there are many things to keep you entertained around the clock. But what happens when the temperatures drop to below freezing and your nose hairs begin to feel a little like icicles? Here is a list of a few things that aren’t outside. BMoCA Located conveniently in the middle of downtown lies the Boulder Museum of Contemporary Art. There you will find various exhibitions of paintings, sculptures, and photographs, but most importantly heat! Right now, BUY is one of the featured exhibits and it contains... Read More

Halloween is always a fun time to dress up, pull pranks on one another, and eat more candy than you most likely would any other time of the year (well, maybe Christmas is in the running, too). While that is all fun and good for most people, some of us (like myself) are often in search of shows to go to on this most Hallowed Eve, which luckily for most people falls a week from tonight. There are a number of Halloween-themed concerts out there, and then some that appear to just be coincidence that they take place next Friday. Here is a short preview of the shows that may be your best bet for dressing... Read More