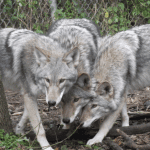 Throughout the ages as human society has developed our planet and conquered new frontiers, people brought with them all sorts of things.  Including other species. Anthropogenic development has allowed other species to inhabit places once not accessible to them by riding on the metaphorical coattails of humanity.  In fact white-nose syndrome, which continues to devastate bat populations across North America, arrived in North America on the actual bottom of someone’s shoe that the person had worn spelunking.  Invasive species can cause no major issue for their new environments but can... Read More