Movies aren’t for everyone, though people think they are. A bunch of years ago, my wife and I caught the very good film Adaptation in the theaters. If it’s been a minute since you’ve seen or thought about it, Adaptation is about a lonely screenwriter struggling to adapt a book about an orchid thief. It’s got strong performances by Nicolas Cage and Meryl Streep, and a great deal to say about the creative process. Joining us in our cinematic excursion was an Unnamed Member Of Our Extended Family. He’s a great guy, but the film tastes of the aforementioned UMOOEF, as he will be known going... Read More 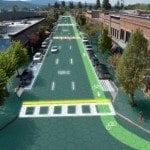