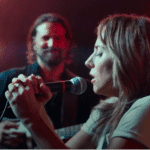 One of the old Hollywood legends is about the genesis of 1937’s A Star Is Born. Allegedly, it was not-so-secretly about the relationship between Barbara Stanwyck and Frank Fay. While Fay was a success on Broadway, his film career fizzled. Stanwyck became a massive film star, and Fay worked out his resentment of her through alcoholism and physical abuse. For a while, that was the template for these remakes, that of the meteoric rise of the ingènue and the corresponding fall of the has-been. That tells us that, at the end of the day, there aren’t that many stories. In Christopher Booker’s... Read More

As Summer has come to an end and Autumn has officially arrived, there is quite a bit of music that is being released just in time for the new season. Fall tends to bring about an increased number of album releases, partially because of artists having fall tours, and also because many artists are trying to avoid releasing their work during the holidays if it is not holiday music (fun tidbit of music info: historically, non-holiday albums released during the holidays are not as profitable or successful for the artist that releases them). With that being said, let us check out a number of albums that... Read More