Home » Blog » Music » Autumn releases you might have missed

As Summer has come to an end and Autumn has officially arrived, there is quite a bit of music that is being released just in time for the new season. Fall tends to bring about an increased number of album releases, partially because of artists having fall tours, and also because many artists are trying to avoid releasing their work during the holidays if it is not holiday music (fun tidbit of music info: historically, non-holiday albums released during the holidays are not as profitable or successful for the artist that releases them). With that being said, let us check out a number of albums that have just been released or will be coming out shortly that are great works of accompaniment to the Autumn season in Boulder (Spoiler: I won’t be naming any specific songs from each album below, mainly with the hope of you finding what you like in each project). 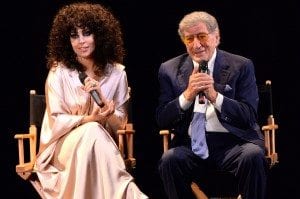 An unlikely duo has been catching quite a bit of attention with their recently released project Cheek to Cheek, and it has been one that has intrigued me as well. The eternally respected and well-known Tony Bennett has joined together with pop sensation Lady Gaga for a new take on songs from an era often not visited by today’s music audiences, known popularly as the Great American Songbook. There seems to be a split down the middle of whether people enjoy Lady Gaga’s portion on the album, but if Tony Bennett appreciates her singing, then it may be worth a listen to all those out there skeptical on Gaga as I was. 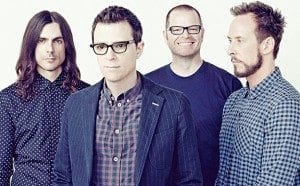 Another band that has been quiet for a number of years is coming out with a new project next Tuesday (Oct. 7th); it is none other than the very popular rock band Weezer. Everything Will Be Alright In The End is a mix of sounds new and old for the California band, with homage to their punk sound of the 90’s on numerous tracks, while also sounding like the undefinable sound of alternative rock today on a handful of other tracks. This album has been added to my list of anticipated releases, and after searching for this album online or in any number of stores out there, it might join your list as well.

The last project I would highly recommend spending some time checking out would be the album entitled Goddess, a very bass-heavy and soulful effort from a new songstress on the scene known as BANKS. The instrumentals on this album may at first trick you into thinking you are listening to a Hip Hop album or a down-tempo electronic mix, but when BANKS’ voice commences, you are almost immediately smitten with her delivery and soulful presentation. Well, I know I was. She definitely deserves a listen, and would be one of those albums that you find yourself coming back to repeatedly (guilty as charged, in my case). 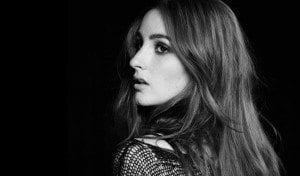 As always there is so much music out there that it is genuinely impossible to cover EVERYTHING. Hopefully the above are good starting points for your musical journeys this Autumn. Also, while I did not have time to go into some other music I would have liked to, I would also search for Jhene Aiko’s Souled Out EP already out, Logic’s Under Pressure (Oct.21st), and Big K.R.I.T’S Cadillactica (Nov.11th); all can be found online or at one of Boulder’s record stores. Happy Listening!