What Did Your Sports Hero Dress Up As For Halloween? 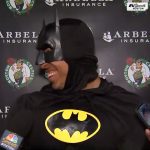 Besides the sugar-buzz from devouring fun-sized Snicker bars all weekend, the best part was watching famous athletes walking arena halls in their Halloween best. The Celtics’ Grant Williams went full Gotham in a Batman costume. Atlanta’s Trae Young dressed as the Black Panther. The Nuggets’ Nikola Jokic was appropriately made up as The Joker. And most everyone else in the sports world showed up as some type of character from Stranger Things. I didn’t happen to catch what quarterback Russell Wilson dressed up as pre-game, but I had a few guesses. • Russell could have dressed up as... Read More 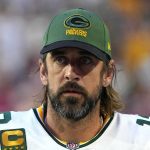 For a moment it was as if COVID-19 had come and gone.  Thousands of college students filled band-filled stadiums, beer flowed during massive-sized tailgate parties, and Sundays returned to crowded gatherings in musty man caves. True, some venues required masks and others proof of vaccination, but spectators were adapting and sports were officially back.  If sports now meant sitting inches from strangers rather than six-feet or pulling my mask down to drink a beer, I was fine with that. Then Aaron Rodgers brought it all back. Green Bay’s star quarterback stirred up plenty of controversy last... Read More