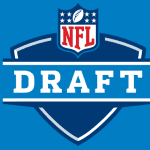 Now that John Elway has his quarterback, predicting who the Broncos will take with the fifth pick in the 2018 NFL draft is fairly obvious.   It may not be sexy, but Denver needs major help on their offensive line so look for Elway to select Quenton Nelson, a beast of a lineman out of Notre Dame.  You can pencil Nelson in as an immediate starter and a future pro-bowler for years to come. Actually, since we’re doing this in pencil…Case Keenum only signed a two-year deal for basically Brock Osweiler money, which means Elway doesn’t see him as the long-term solution, but more of a stop-gap... Read More