Posts Tagged With ‘ pop up ’

PokéBar Pop-Up Has Been Cancelled 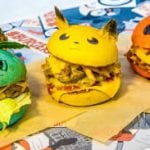 A planned Pokémon theme pop-up bar was supposed to occur in Denver on Sunday, but has been shut down due to licensing issues with Nintendo. The bar was supposed to offer burgers that were decorated to look like Pokémon and drinks inspired by the franchise. Tickets were $45. The event has been rescheduled for November 3rd, however it will change to a generically named “The Monster Brunch” with “a themed burger and trivia brunch.” This has presumably been done to avoid any further conflict with Nintendo, who owns the Pokémon brand. People who have already purchased tickets... Read More