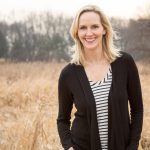 “Sold Out” was written by Susan Brightbill. Susan is from Wisconsin and attended the University of Colorado, Boulder as a Political Science major. Susan has been a WGA writer for 15 years, selling scripts to places like Warner Brothers, Fox, Disney, ABC, CBS, Lifetime and Hallmark. Susan is also the recipient of the McKnight Fellowship in Media Arts for the year 2021. Shestarted in the music business, then moved into acting and finally found her true passion inwriting. “Sold Out” is a music–based drama about a female talent scout who takes a down–on–his–luckconstruction... Read More

As you read this, somebody is working a soulless customer service job. They’re getting screamed at by a customer with an almost sociopathic lack of empathy. They’re trying their best to help while getting paid a shamefully low wage. They have a head full of chaos, but there’s a part of them that the disposable job can’t touch. That’s the part that dreams. That’s the part that creates art. There are untold numbers of people with frustrated dreams. A budding rapper who puts their beats aside for a stable job in city government. A wannabe singer who croons in the car between shifts as... Read More